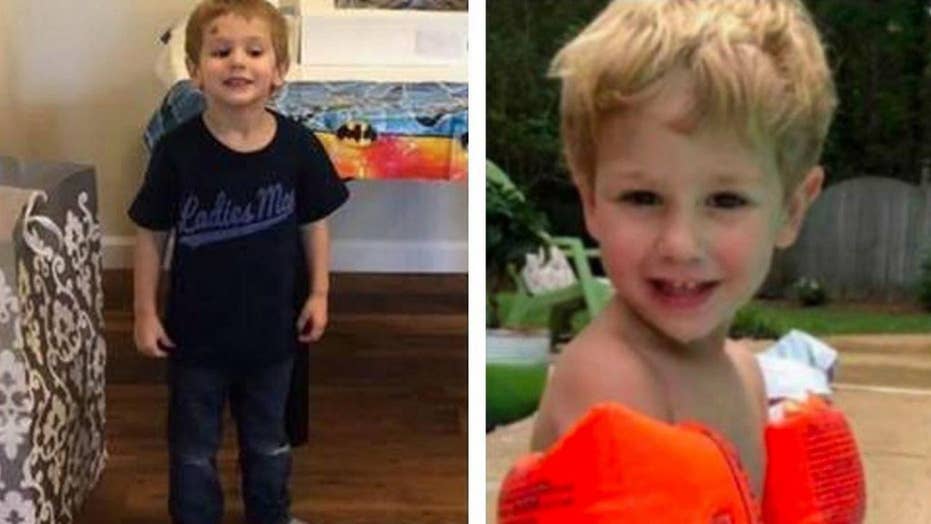 A tip led professional search and rescue crews to a missing North Carolina boy, 3, who was found Thursday evening tangled in shrubs amid freezing temperatures.

A tip led professional search and rescue crews to a missing North Carolina boy, 3, who was found Thursday evening tangled in shrubs amid freezing temperatures.

Casey Hathaway was found in the woods in Craven County -- about 40 or 50 yards from a road and a quarter-mile from where he went missing Tuesday afternoon -- and was reunited with his family, ABC News reported. His disappearance had drawn a massive search effort.

Shane Grier, an emergency medical services captain, found Casey when he heard the boy calling for his mother.

"We responded to a tip and found him by voice," Grier told the station. We “disentangled him from some briars and brought him out. He was cold. He was verbal. Considering the conditions, I think he's doing very well."

Hathaway’s family noticed he was missing Tuesday when he didn’t come inside his grandmother’s home after playing outside with two other kids. The family spent an hour searching for him before calling the police, ABC reported.

Crews and hundreds of volunteers navigated rugged terrain for the better part of two days in their search for the boy. His first night away from home, temperatures in the area dipped below freezing for several hours.