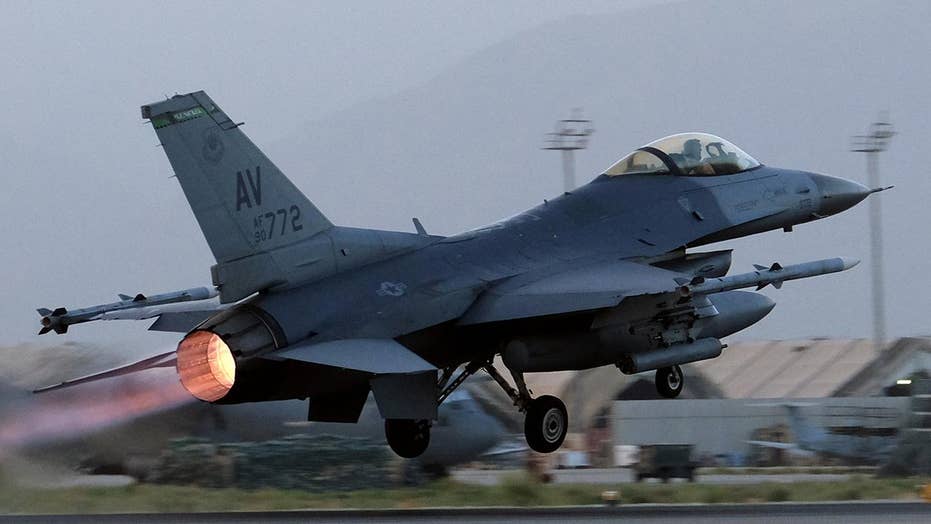 A U.S. Air Force Thunderbirds pilot has died in an F-16 crash outside Las Vegas, marking the third military crash in the last two days. Jennifer Griffin has updates live from the Pentagon.

It was the third crash in the past two years involving a member of the famed Air Force flight demonstration team.

"We are mourning the loss of Major Del Bagno," 57th Wing Commande Brig. Gen. Jeannie Leavitt said in a statement. "He was an integral part of our team and our hearts are heavy with his loss. We ask everyone to provide his family and friends the space to heal during this difficult time."

The Air Force added that an investigation was underway and team's participation at the March Air Reserve Base "The March Field Air & Space Expo" has been cancelled.  It is unknown how this accident will impact the remainder of the 2018 Thunderbirds Season.

The crash also was the third of a U.S. military aircraft since Tuesday. A Marine Corps CH-53E Super Stallion helicopter crashed during exercises along the U.S.-Mexico border in California that day, killing four crew members.

Also Tuesday, a Marine Corps AV-8B Harrier jet crashed in the East African nation of Djibouti during a training exercise. The pilot ejected and was said to be in "stable condition."

The number of American service members killed in non-combat aviation crashes has risen sharply in recent years, as there were 37 deaths in 2017, compared to 19 in 2016, a 95 percent increase, Fox News has discovered.

Lucas Tomlinson has the latest details about the crash.

“I fully support doing more at the border, but we don’t need to rob the military,” Thornberry said.

Fox News' Nicole Darrah and Lucia I. Suarez Sang contributed to this report.