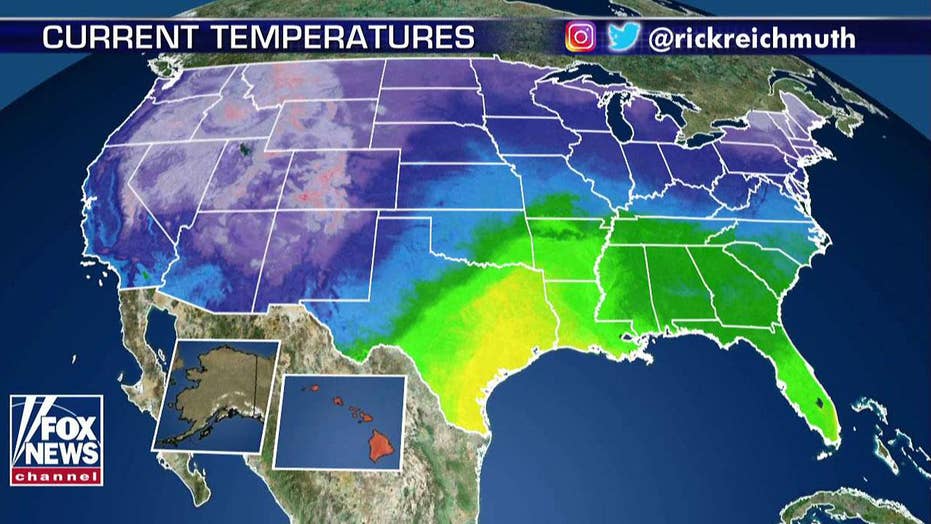 Rich Reichmuth has your FoxCast.

Two children, both 5 years old, were found dead Saturday and another child, age 6, was still missing early Sunday after floodwaters that struck central Arizona on Friday carried away the vehicle in which they were riding with two adults and four other children, authorities said.

The search for the missing girl was expected to resume at 7 a.m. Sunday along Tonto Creek after being halted Saturday evening, The Arizona Republic reported.

"Hopefully, we will find her soon and bring her back to safety," Lt. Virgil Dodd of the Gila County Sheriff's Office told the newspaper.

Dodd said the family had been trying to cross the creek, despite barricades and warning signs being posted, in what he described as a "horrible and tragic incident."

"That's what happens when you ignore these types of signs," Dodd told The Associated Press.

One of the adults managed to swim to the shore of Tonto Creek, while the other adult and four of the children were later rescued from an island in the creek, the news outlet reported.

"GCSO [Gila County Sheriff's Office] says they located the body of a second child, a 5-year-old girl. They are hopeful they'll be able to find the last child, believed to be a girl," a reporter for FOX 10 Phoenix tweeted Saturday.

The sheriff's office said more than 50 professionals and volunteers were deployed to search for the children after the family got caught in the crreek, about 200 miles east of Phoenix, toward the New Mexico border.

Dodd said the unidentified family were not residents of the area.

A low-pressure system had brought heavy storms to the area, forcing road closures and leaving thousands of residents without power.

Meanwhile, a state of emergency was declared in Tusayan, Ariz., south of Grand Canyon National Park, due to heavy snow and lack of electricity, while holiday traffic slowed to a crawl after the inclement weather struck parts of northern Arizona, California and Oregon this week, according to the National Weather Service (NWS).

The heavy snow forced sections of Interstates 17 and 40 to close Thursday into early Friday in northern Arizona, according to the Arizona Department of Transportation.

The Flagstaff area received 8 to 12 inches of snow as of early Friday, and the National Weather Service said travel was not recommended in the area.

Three "unusual" tornados were also reported to have struck Phoenix on Friday, the first time since 1950 that three twisters were observed on the same day in Maricopa County, according to the National Weather Service.