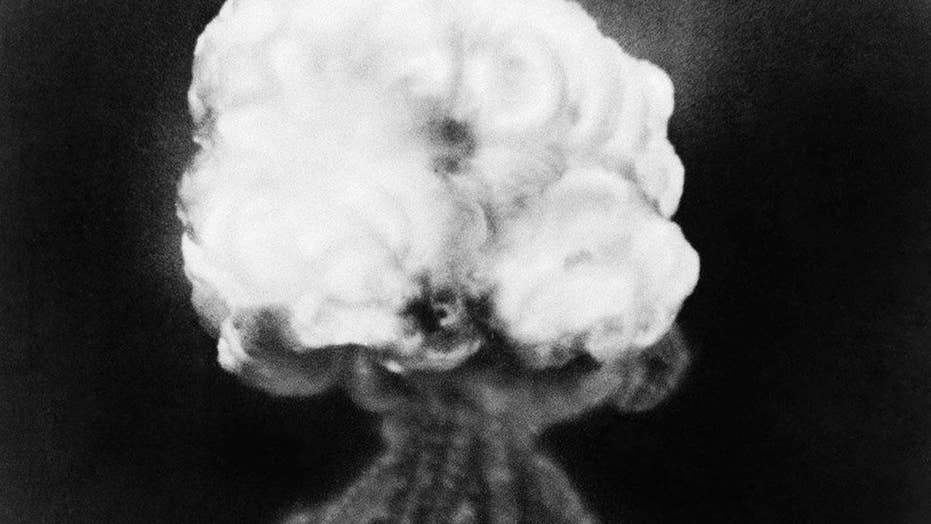 The site of the first ever nuclear detonation was open to the public over the weekend. Thousands went to the Trinity site to see where the world entered the nuclear age first hand.

Some 3,000 people got a rare glimpse of the spot where the first nuclear bomb was detonated on July 16, 1945, as the Trinity Site at the White Sands Missile Range in New Mexico opened to visitors Saturday.

"The atomic age began with a bang right here on this spot in 1945. To a lot of people being on this site and seeing where it happened means a lot," White Sands Missile Range Public Affairs Officer Drew Hamilton said.

SPACEX LAUNCH OF USED ROCKET IS A 'HUGE REVOLUTION IN SPACEFLIGHT'

"To me, the fact that they did it in two-and-a-half, three years is unbelievably phenomenal. Because of all the infrastructure they had to build, they had to build Hanford and they had to build Oakridge and all the purification. Just to make enough material to do this test and drop the bombs on Japan," he said.

Hermes explained that the mushroom cloud from the blast rose to about 40,000 feet and radiation from the fallout could be traced all the way to Kansas.

There isn't much radiation anymore. According to the U.S. Nuclear Regulatory Commission and the American Nuclear Society, a one hour visit to ground zero will result in a full body exposure of about one-half to one millirem. The average adult receives about 360 millirems ever year from natural and medical sources. To compare, spending a couple hours at the Trinity site is about the same as taking a flight from New York to Los Angeles.

Although there's little radiation, there's still history to see. Visitors can see trinite, which is a glassy green substance that formed when the explosion blew over the sand. They can also see Jumbo, a giant steel cylinder that was originally built to house the bomb but was instead put near the bomb to see if it would survive the blast; it did.

The White Sands Missile Range Commanding General believes this is important history for people to see.

"From a standpoint of a solider I think it's vital for people to understand war and the effects of war as well," said General Eric Sanchez.

About 20 protesters camped out at the entrance of the site. They claim the radiation from the test affects their health. One protester, Cecilia Gallegos Romero, said five of her family members have died of cancer and she's a cancer survivor. Romero lived about 15 miles away from the test site and vividly remembers the morning the bomb went off. The protesters want the money to give them money from medical bills.

"There's just a whole bunch of cancer going on in our family. It's no fun to see them die of cancer," said Romero.