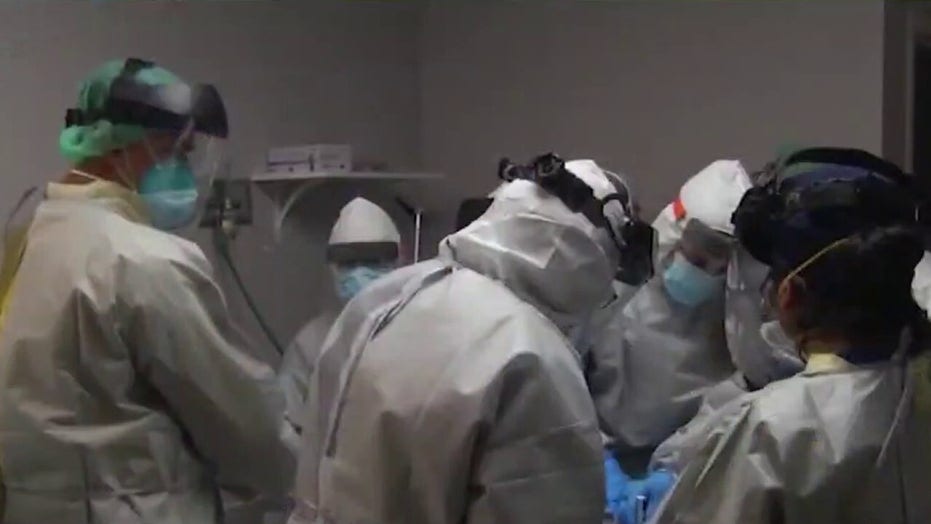 More than a third of Americans say they would not get a COVID-19 vaccine right now, even if were free and FDA-approved, according to a new Gallup poll.

White Americans are more likely than non-White Americans to say they would get a vaccine if it was available, 67% to 59%. That’s despite the fact that “some racial and ethnic minority groups are being disproportionately affected by COVID-19,” as the CDC puts it.

At the beginning of the coronavirus pandemic, the federal government poured $10 billion into “Operation Warp Speed,” which aims to deliver 300 million doses of a vaccine to Americans by January 2021.

Since then, the government has provided funding to several different companies to develop vaccines, including $1.6 billion to Novavax, $1.95 billion to Pfizer, $1 billion to Johnson & Johnson, and $1.2 billion to AstraZenca.

Dr. Anthony Fauci, the nation’s top infectious disease expert, warned Friday during a conversation at the Brown University School of Public Health that a vaccine isn’t a cure-all.

RUSSIA CLAIMS THAT IT WILL WIN RACE IN FINDING CORONAVIRUS VACCINE

“We don’t know yet what the efficacy might be. We don’t know if it will be 50% or 60%. I’d like it to be 75% or more,” Fauci said Friday. “But the chances of it being 98% effective is not great, which means you must never abandon the public health approach.”

President Trump said Thursday he is “optimistic” that a vaccine will be approved for distribution before Election Day on Nov. 3, according to the Associated Press.

“We'll develop a vaccine. We're going to have it very soon and we're ready to distribute it. We've got the military ready, logistics it’s called. And we'll end this pandemic and we will rebuild the greatest economy in the history of the world,” he said Saturday from his golf club in Bedminster, N.J.

There has been some concern that safeguards and best practices may be sidestepped in order to deliver a vaccine as fast as possible. Three top FDA officials tried to quell those worries in a Journal of the American Medical Association article Friday.

"The physician leadership of the U.S. Food and Drug Administration (FDA) (including the authors of this Viewpoint) unequivocally state that candidate COVID-19 vaccines will be reviewed according to the established legal and regulatory standards for medical products," the officials wrote.