With June quickly approaching, the beginning of the 2021 Atlantic hurricane season is here.

The National Oceanic and Atmospheric Administration (NOAA) announced earlier this month that the U.S. is likely to be hit with another "above-normal" year, with 13 to 20 total named storms.

The agency predicted that six to 10 of those storms were likely to become hurricanes, with wind speeds of 74 mph or higher.

According to NOAA data collected from 1851 through last year, 40% of all U.S. hurricanes hit the state of Florida and 88% of major hurricane strikes have hit either Florida or Texas.

North Carolina and Louisiana also top the list of the most direct hits on the mainland U.S. coastline – though Puerto Rico is not included in those figures.

In an analysis of the probability of being struck by a tropical storm or hurricane – based on storm hits with around 100 miles from 1944 and 1999 – NOAA found that New Orleans has a 40% chance every year of experiencing a strike.

At highest risk, the agency said, were Miami and Cape Hatteras, N.C., at 48 percent, and San Juan, Puerto Rico at 42%.

In addition, when analyzing counted hits when a hurricane was within 60 miles Miami and Cape Hatteras were found to have a 16% chance of a direct hit.

New Orleans had a 12% chance of being in the direct path, the agency said.

On average, close to seven hurricanes strike the U.S. every four years, while three major hurricanes cross the coast every five years, according to NOAA.

There were 30 named storms and 12 landfalling storms in 2020 – a record-breaking season. 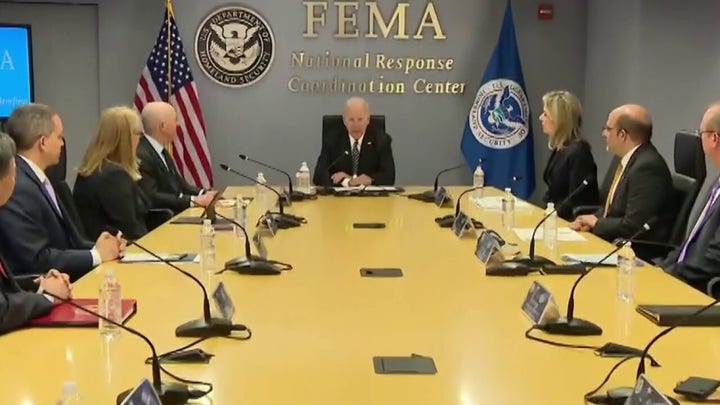 Hurricanes largely form in the Caribbean and Gulf of Mexico as temperatures continue to warm, then move west.

NOAA said the most hurricane-prone month is September, with as many major hurricane landfalls as August and October combined. Texas and Louisiana are "prime targets" for pre-August major hurricanes, the agency said.

Comparatively, most major October hurricanes occur in southern Florida. To date, Florida has been hit by about 120 recorded hurricanes.