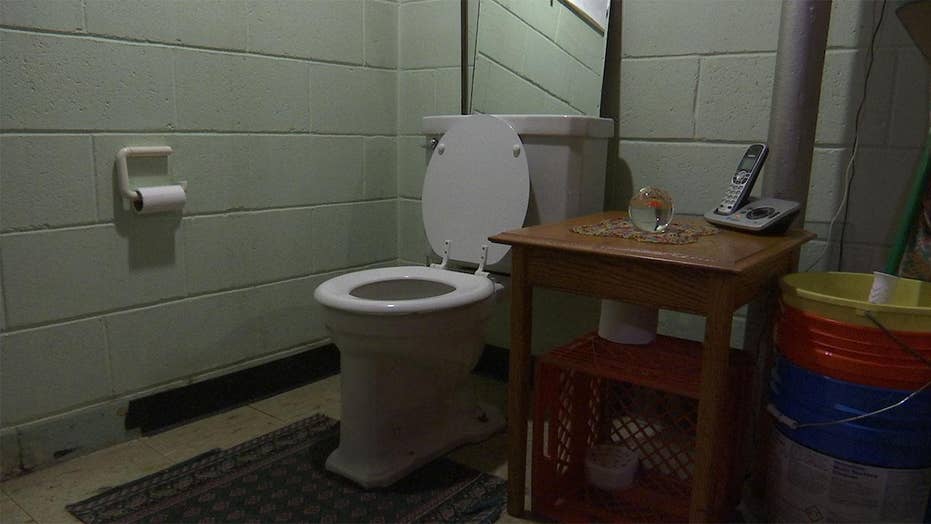 Historic toilets: Do you own a

The Pittsburgh Potty dates back to before World War II, and many owners don't want to get rid of them

They are all over the East Coast. They even have a name. The “Pittsburgh potty,” wall-less toilets often found out in the open, in the middle of the basement, dates back to before the 1900s, according to one architect.

“If you make use of it, it’s actually quite convenient,” Bill Martin said.

In Pittsburgh, the theory is these no-privacy toilets were heavily used.

“The legend is that it was for steel workers,” Pittsburgh Potty owner Colleen Krajewski told Fox News.

Photographer Ted Zellers, who is writing a book about the phenomena, has seen more than 100 basement toilets in Pittsburgh, and he said seeing a lone toilet out in the open is not unusual.

“Steel workers would come home. They would clean up down in the basement before they came upstairs,” Zellers said.

Zeller’s book featuring the Pittsburgh Potty was inspired by the many toilets he saw when he lived in that city.

Martin said he’s seen several Pittsburgh Potties in homes and buildings throughout his career. He offers a different reason for the toilet’s existence: a cheap and easy solution for backups at the time.

Since piping improvements after World War II, Martin said there was no longer a need for these Pittsburgh potties, but they’ve managed to stick around.

“Some people would install a sink near it,” Martin adds. “Obviously that makes it useful.”

While Zellers doesn’t completely buy into the steel worker narrative, he is convinced that the blue-collar workers are responsible for the toilets’ survival.

“Even though I don’t think it’s a cause of the toilets, I do believe it is a way that these toilets were used and valued by a lot of people,” Zellers told Fox News.

Today, some have left the lone toilets as-is and others have turned it into a decorative bathroom. Krajewski said the previous homeowner of her Pittsburgh home, whom she said has no ties to the steel industry, had remodeled the basement toilet before she bought it and put a wall around it.

"She had put framed art and some decorative lettering on the door,” Krajewski said. The toilet stall has the word “loo” written on it. "I added a sink and a chandelier and a pretty mirror so that you feel refreshed after using [the bathroom.]” The house has one other bathroom on the second floor.

For Zellers, being on the documentation side of this phenomenon that he said has very little records was not always easy.

"One man was quite concerned when I arrived, and without expression or changing anything, he just closed the door over my face,” Zellers remembers. But he adds people were often friendly or at least curious to know more about the project.

Krajewski said she did not get a visit from Zellers, but she suspects why.

"As far as Pittsburgh potties go, this is the least scary that I’ve seen and I am comfortable using it,” Krajewski said of her makeshift bathroom.