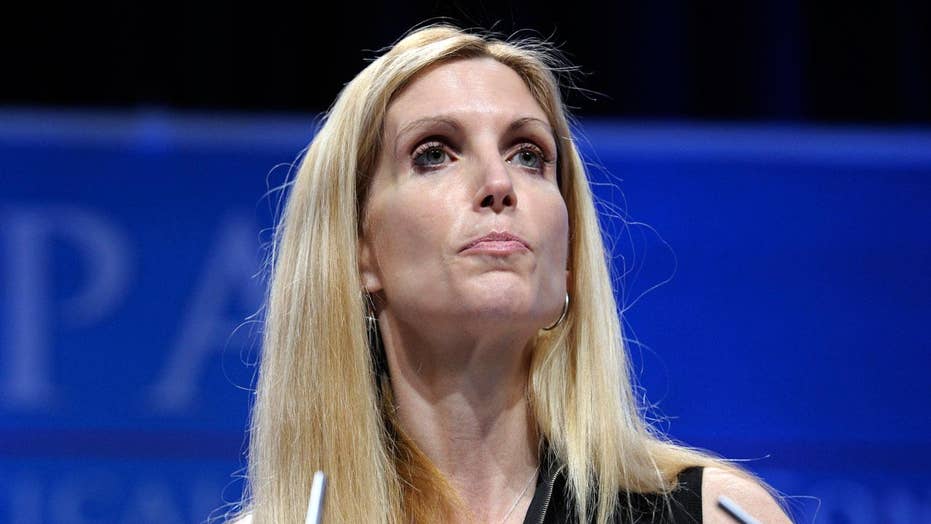 Free speech uproar: Debate heats up over Coulter at Berkeley

"The Five" opened their show Tuesday night by discussing the expected protests over Ann Coulter's planned Thursday appearance at the University of California Berkeley.

The university initially attempted to reschedule Coulter's appearance over security concerns and law enforcement sources told Fox News there was a "99 percent" chance of violence should she appear.

"It’s a great scam, the security concern argument," said Greg Gutfeld. "What they’re saying is, 'We’re not blocking free speech, we just can’t protect you from people who will harm you over free speech.'

"What these activists are actually doing is, they’re increasing risk for violence by removing a key step in between anger and peace, which is conversation," Gutfeld went on. "They’re basically believing that you do not have a right to language ... This is actually a step toward chaos and anarchy, which is what the antifa, or whatever they call themselves really want."

Kimberly Guilfoyle agreed, calling the potential protesters "the storm troopers of the left ... They’re close-minded, just marching in unison ... programmed to be against anything that is remotely conservative."

Bob Beckel agreed that Coulter had a First Amendment right to speak at Berkeley, but denied that the protesters were Democrats or even liberals.

"These are anarchists how are coming in from around the country who have nothing to do with the Democratic Party," said Beckel, who added that he also supported Coulter speaking because "every time she opens her mouth, she drives away more people. She’s become more and more irrelevant, so she does something like this to get a lot of attention."

Gutfeld described the protesters as "the intolerence movement" who "owned the streets for years" before being challenged by conservatives.

Beckel shot back, "and Ann Coulter's the dead horse in the dean's office."