Shocking video of illegal crossings on Border Highway from eyewitnesses

Video from @therealfitfamelpaso on Instagram: Many of these illegal crossings result in pedestrian fatalities after run-ins with drivers.

The videos show 13-14 illegal immigrants getting past a border fence separating Mexico from the United States before dodging oncoming traffic.

The person recording the video, Instagram user @therealfitfamelpaso, could be heard shouting and cheering for the individuals as they crossed into traffic.

Illegal immigrants are seen climbing over a fence at the U.S.-Mexico border in El Paso, Texas. (@therealfitfamelpaso on Instagram)

One of the immigrants even threw his fist in the air as he crossed in front of the videographer, accepting the cheers as he darted.

The shot then goes to another group making the mad dash across Loop 375.

Videos surfaced on Instagram of illegal immigrants climbing a fence at the U.S.-Mexico border in El Paso, Texas. (@therealfitfamelpaso on Instagram)

The video reveals the porous nature of the border and how simple it can be to get across and make the run into Texas, where communities struggle with the record-breaking number of illegal crossings.

Fiscal year 2022 ended with 2,378,944 migrant encounters, according to data released in September, which was the highest ever recorded in a fiscal year.

What is not included in the data was the 599,000 known "gotaways" that U.S. Customs and Border Protection, or CBP, sources told Fox News, evaded capture during the same period.

As the 2023 fiscal year gets underway, CBP sources told Fox News that there were roughly 64,000 "gotaways" in October, which averages out to roughly 2,000 migrants slipping past border patrols every day.

The Biden Administration has insisted that the U.S.-Mexico border is "closed," despite evidence coming forward that proves otherwise.

While the southern border has seen a pattern of increases in migration each spring, the surges in both 2021 and 2022 far outpaced previous years, and that pace only escalated throughout the year. 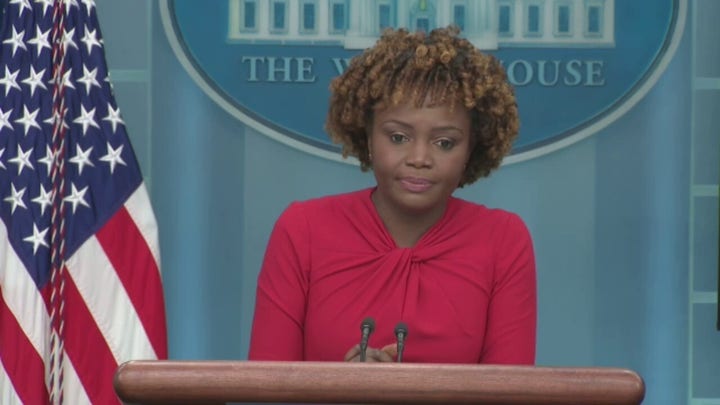