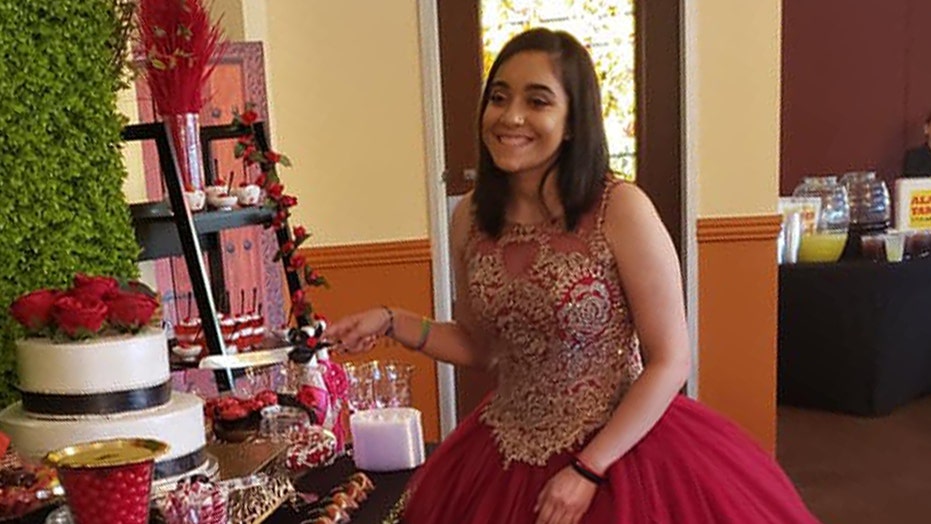 A family in Texas is seeking justice after a 15-year-old girl rescued from sex traffickers committed suicide over the weekend.

Letty Serrano, who was abducted in 2017, locked herself in a bathroom at the family’s Houston home and killed herself Saturday, Fox 26 Houston reported. Her father, Mariano Serrano, told the station how he had desperately tried to reach her before it was too late.

“She died in my arms,” Serrano said.

Letty Serrano was abducted from her school in 2017 when she was 13 years old, her family said. (Cynthia Rivera / Facebook)

Letty’s family described her as a good girl before her abduction near Marshall Middle School, in North Houston, at age 13.

“She was a good student, good grades, quiet, kind of a loner, and her brother had just passed. She was a perfect target for them,” Cynthia Rivera, Letty’s godmother, told Fox 26.

Following her rescue, Letty appeared “broken and addicted,” Rivera wrote on Facebook, calling the road to recovery “one of the hardest things” for the child to overcome.

Letty’s father told the station he believed his daughter couldn’t get over being away from the man who took her. She ran away from home twice to be with the man, who had been arrested and then released days later, the family said.

Gamboa claimed there are thousands of trafficking victims in Houston alone, with over 300,000 in Texas.

Rivera has urged the community to come together and ask the city council to tear down abandoned "drug houses" where she said Letty was found.

Following her death, Houston Police Department Vice Division Commander Jim Dale has called for the case to be reopened.

“She was a victim and somehow her cries fell through the cracks and I think that’s why it’s so imperative that we get the schools involved,” Dale told Fox 26.

A cause of death has not been released.