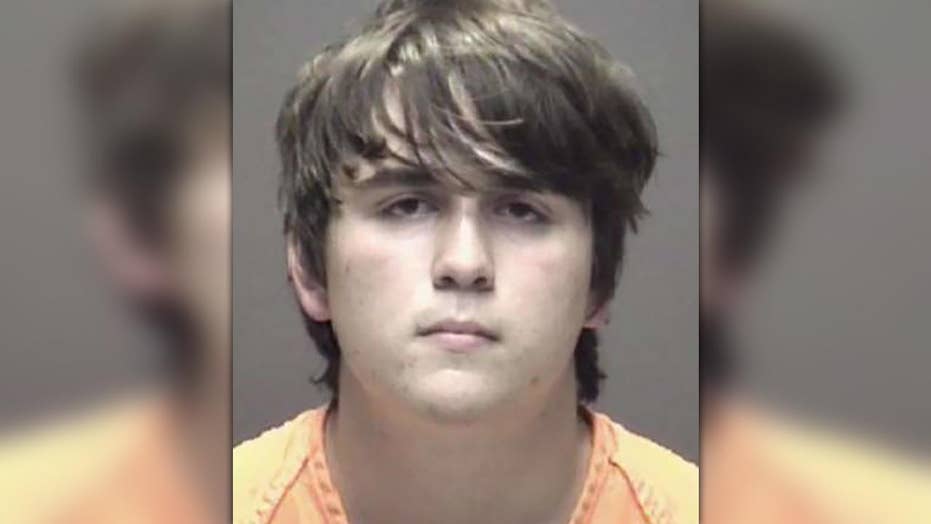 The mother of a 16-year-old girl who was killed along with nine others in Friday's shooting at a Texas high school says she believes the suspect intentionally targeted her daughter.

Sadie Rodriguez, mother of Shana Fisher, said suspect Dimitrios Pagourtzis, 17, repeatedly made advances toward her daughter in the four months leading up to the deadly shooting.

Pagourtzis was an ex-boyfriend of Fisher’s best friend, Rodriguez added.

“He kept making advances on her and she repeatedly told him no,” Rodriguez told the Los Angeles Times via Facebook Messenger. “He continued to get more aggressive.”

“He kept making advances on her and she repeatedly told him no. He continued to get more aggressive.”

The grieving mother said the week before the shooting, Fisher “stood up to him” and “embarrassed him in class.”

"A week later he opens fire on everyone he didn't like," she wrote. "Shana being the first one."

Rodriguez didn't say how she knew her daughter was the first victim, the Times reported.

Dimitrios Pagourtzis, left, the suspect in last week's deadly shooting in Santa Fe, Texas, made advances toward victim Shana Fisher for months, her mother says, according to a report.

In addition, the FBI said Saturday that the number of injured had been corrected to 13 from 10, the Houston Chronicle reported.

On the day of the shooting, Rodriguez wrote a Facebook status to “love like (you’re) getting one more day with them.”

"Make sure they know (you) love them. Anything can happen," she wrote. "I will no longer get to see my baby my 1st born anymore."

Rodriguez shared a video of Fisher from 2015, in which the teen contemplates whether she'll continue making gaming videos because her computer keeps crashing.

Mourners wait for the start of a prayer vigil following a deadly shooting at Santa Fe High School in Santa Fe, Texas, on Friday, May 18, 2018. (Associated Press)

The mother also created a Facebook Fundraiser in her daughter’s memory, describing Fisher as “the most sweet and shy young lady.”

“My heart is being ripped out,” Rodriguez wrote. “My baby is gone.”

She wanted to raise awareness about importance of teachers and parents to recognize students’ mental state.

“Please help to make teachers and students aware of (their) surroundings and the mental state of their students and peers,” she wrote.

One survivor’s mother penned a Facebook post, titled “The longest day of my life,” in which she details a harrowing account of the gunman repeatedly taunting students during the attack, the L.A. Times reported.

Mother Deedra Van Ness wrote that her daughter Isabelle Van Ness was “covered in dust from the bullets hitting the walls around her” and could hear the shooter in a next-door classroom “yelling ‘Woo Hoo!’ and firing more shots.”

Deedra describes her daughter’s reaction “as the media announces the names of the confirmed dead.”

“Isabelle falls apart,” Deedra wrote. “She’d been watching the TV so intently waiting for this. She had prayed that her friends lying around the school were just injured and the confirmation of their deaths was crushing.”