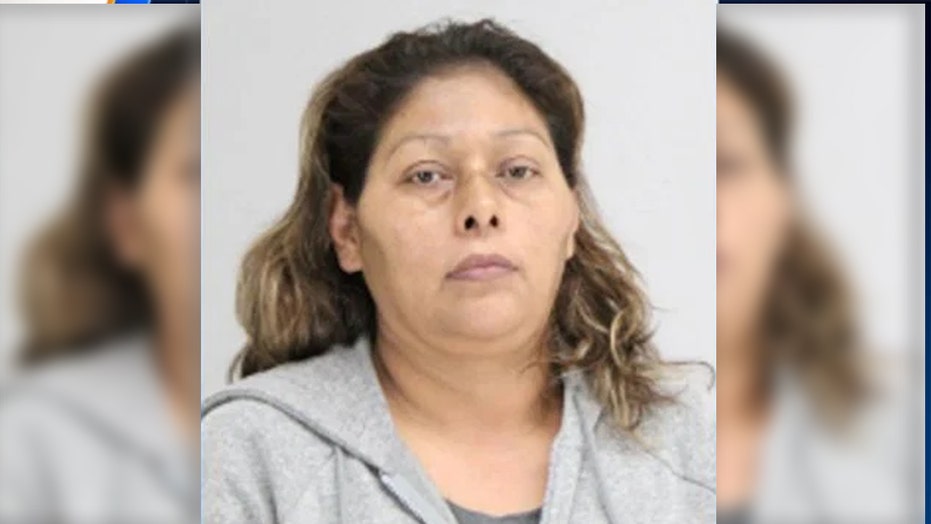 A woman in Texas was arrested after a 76-year-old woman was critically injured Friday morning when she was mauled by three pit bulls that dug under a fence and escaped in a Dallas neighborhood, according to officials.

The Dallas Police Department said in a news release the incident happened around 11:20 a.m. when the 76-year-old woman was walking in Beckley Heights Park and encountered three pit bulls who "attacked and mauled" her, causing her "serious bodily injury."

Two men who witnessed the brutal attack and attempted to pry the dogs off the woman said the animals were relentless, and one of them even had to resort to using his pickup truck to stop the attack.

“That’s what probably busted the dog’s head,” Michael Jensen, who hit the dogs with his truck, told FOX4. “And I ran him over twice, and it didn’t do nothing twice.”

Jensen's cousin, Shawn, told FOX4 he believes the woman would have died at the park if the pair didn't intervene by using a pole and a truck. Items belonging to the 76-year-old woman were scattered around the area after the violent attack.

“They were coming after me,” he told FOX4. “So I started backtracking my way back, backing up easily. They went full force. They got off of her and was checking me out.”

When police officers arrived at the scene, the dogs were located in the yard of a home on Starkey Street and cops contacted the resident, who told them the animals belong there.

"It appears that the dogs dug under the fence and escaped before attacking the victim," police said.

The dogs were seized by Dallas Animal Services, while detectives obtained a warrant for the arrest of the resident, 44-year-old Martha Yescas-Lira. Yescas-Lira was charged with attack by dog causing serious bodily injury, which is a third-degree felony. The 44-year-old was transported to Dallas County Jail.

Martha Yescas-Lira, 44, was arrested and charged with attack by dog causing serious bodily injury after her three pitbulls escaped and mauled a 76-year-old woman on Friday. (Dallas County Jail)

The 76-year-old woman, who has not been named, was transported to a local hospital and listed in critical condition.

Residents said the neighborhood has a loose dog problem, and children could have gotten hurt if the Jensens didn't step in to help the woman.

“People thought I was crazy driving through this field like a maniac, but it was trying to get them dogs off that hurt that poor woman,” Michael Jensen told FOX4.