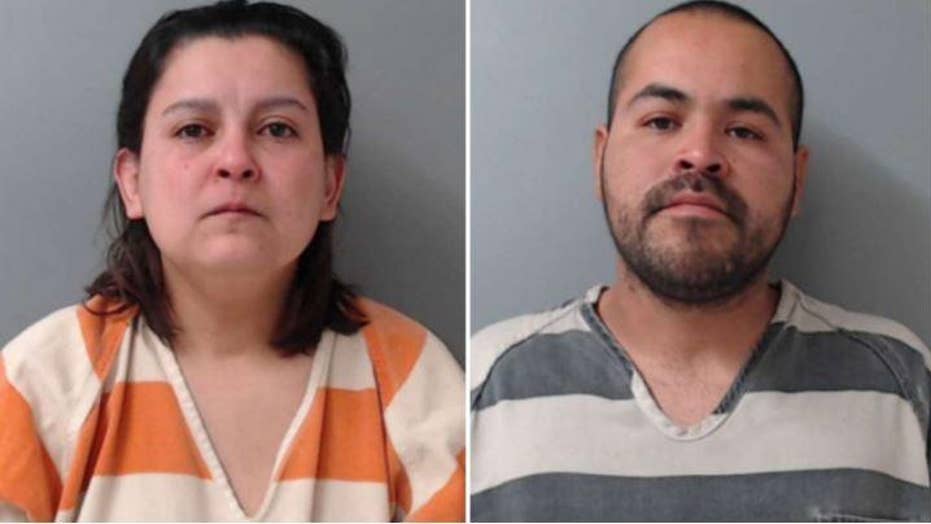 A Texas mother and father have been sentenced for their actions following the mysterious death of their 2-year-old daughter. Monica Dominguez and her husband Gerardo Zavala Loredo were both arrested in February after police searched their apartment and found the remains of their daughter. The couple attempted to dissolve the child’s remains by placing the body in a five-gallon container filled with acid.

A Texas mother and father were sentenced Friday for their roles in dissolving the remains of their 2-year-old daughter in a tub of acid after the child's death.

Monica Dominguez, 38, and her 32-year-old husband Gerardo Zavala Loredo were both arrested in February after police searched their apartment and found the remains of their daughter, Rebecka Zavala, in a five-gallon container hidden in a bedroom closet, the Laredo Morning Times reported.

Webb County District Attorney Isidro "Chilo" Alaniz said that acid appeared to be inside it.

Monica Dominguez and Zavala Loredo couldn't be charged with murder because the state of Rebecka's remains prevented investigators from determining a cause of death, a defense attorney said. (Webb County Sheriff's Office)

Both parents pleaded guilty Friday to tampering with evidence of a human corpse. Zavala Loredo took a plea deal and was sentenced to 14 years in prison.

Dominguez additionally pleaded guilty to endangering a child and abuse of a corpse. She will serve a total of 20 years in prison.

Her judgment will run consecutively with a 10-year revocation sentence for violating her probation in a prior child injury case in which her 9-month-old son suffered six bone fractures, according to the paper.

Neither parent could be charged with murder because the state of Rebecka's remains prevented authorities from determining a cause of death, Zavala Loredo’s defense attorney Abundio Rene Cantu told KGNS-TV.

Dominguez had told investigators that Rebecka’s death was accidental, maintaining that the child had drowned in a bathtub when left unsupervised, authorities said. She said she asked her husband to help dispose of the body.

The couple’s four other children, ages 1 to 11, were taken into custody by Child Protective Services after their arrest, the Morning Times reported.