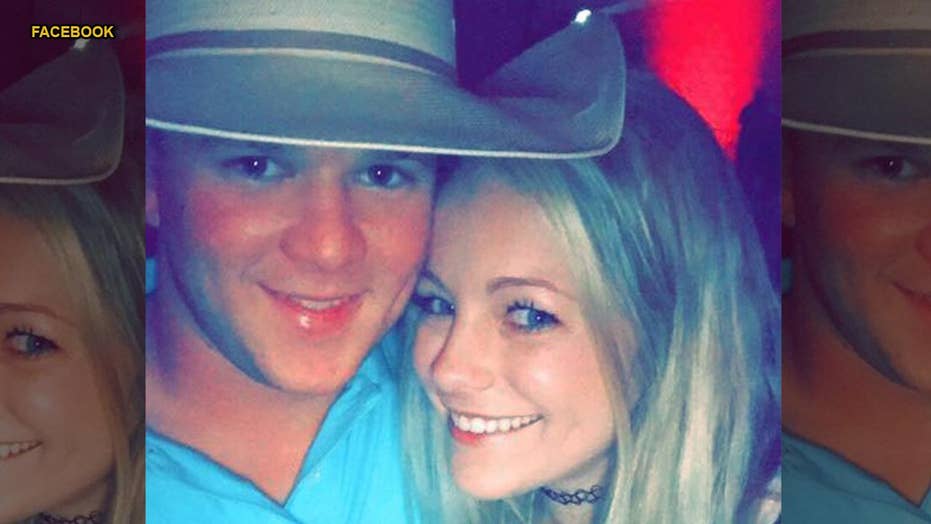 Newlyweds killed in crash less than 2 hours after getting married

A Texas couple, Will Byler and Bailee Ackerman, were killed in a helicopter crash about an hour and a half after they left their fairy tale wedding on a family ranch.

A newlywed couple was killed late Saturday in a helicopter crash in Texas — shortly after the pair got married.

Will Byler, of Bellville, and Bailee Ackerman, of Orangefield, were killed "as they flew off in the family helicopter" as they left their fairytale wedding, a family friend wrote in a Facebook post. The pilot also reportedly died.

The wedding took place at a family ranch, the groom's grandfather, William Byler, told KTRK. The crash unfolded about an hour and a half later, the station reported.

"Sadly they crashed into the side of a hill about a mile from the family ranch," the post read. "The pilot, Jerry was also on board. There were no survivors!"

The crash was confirmed by the National Transportation Safety Board (NTSB), which tweeted on Sunday morning that investigators were looking into the crash of a Bell 206B helicopter in Uvalde, a city roughly 80 miles west of San Antonio.

The Uvalde County Sheriff's Office said the helicopter was found near Chalk Bluff Park off Texas 55 Sunday morning, The San Antonio Express-News reported. Several agencies reportedly aided in rescue efforts following the crash. The NTSB said it would not release details of the crash until Monday.

The two were students at Sam Houston State University, according to the student newspaper.

"It is with the deepest sadness that we announce the tragic passing of two Bearkats Will Byler (Agriculture Engineering senior) and Bailee Ackerman Byler (Agricultural Communication senior) in a helicopter accident departing their wedding," The Houstonian paper wrote.

Friends and family expressed their condolences on social media.

"My sweet Bailee Raye, my heart is broken in a million little pieces as I sit here and think of the rest of my life without my best friend," wrote Jessica Stilley, Bailee's maid of honor. "I'm so sad to even be captioning these pictures with this, but you know I just have to share with everyone how beautiful  you looked on your wedding day like I normally would have."

"I'm having a hard time comprehending this whole situation, but I have not once asked why," wrote Madi Wagner, a friend of the couple. "These two spent their last day on this earth celebrating with their most cherished loved ones- I believe it truly was the best day of their lives."