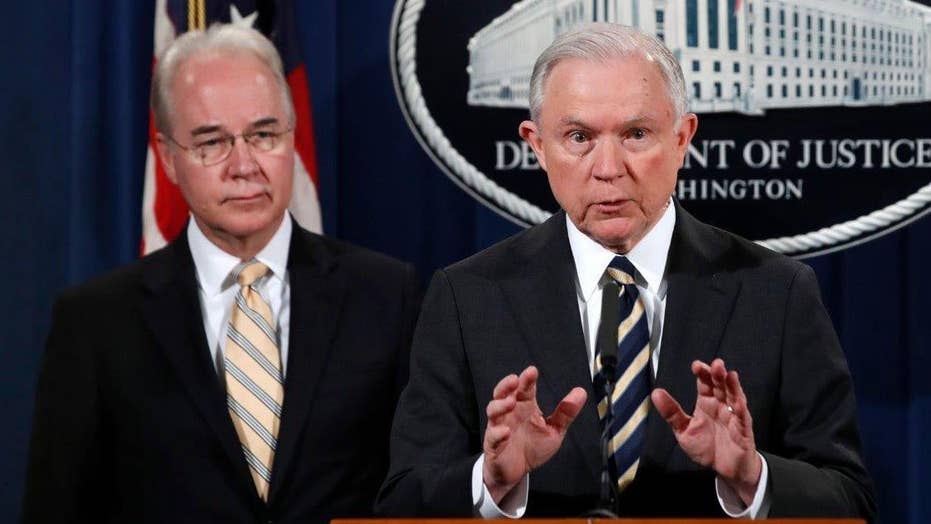 412 defendants were caught in a web of deceit and greed that cost taxpayers over a $1 billion and ruined countless lives; Kevin Corke has more for 'Special Report'

HOUSTON – The operator of a Houston home health agency has been sentenced to 75 years in prison for a $13 million Medicare fraud scheme.

A federal judge in Houston sentenced Marie Neba on Friday. The 53-year-old Sugar Land, Texas, woman was co-owner with her husband and nursing director of Fiango Home Healthcare. Trial evidence showed Neba used the proceeds from fraudulent Medicare claims to pay kickbacks to patient recruiters for referring Medicare beneficiaries to her agency.

So far, four other co-defendants have entered guilty pleas to charges arising from the federal probe. One of them, Neba's husband and agency co-owner Ebong Tilong, will be sentenced Oct. 13 for three counts each of conspiracy, healthcare fraud and taking and giving healthcare kicks.