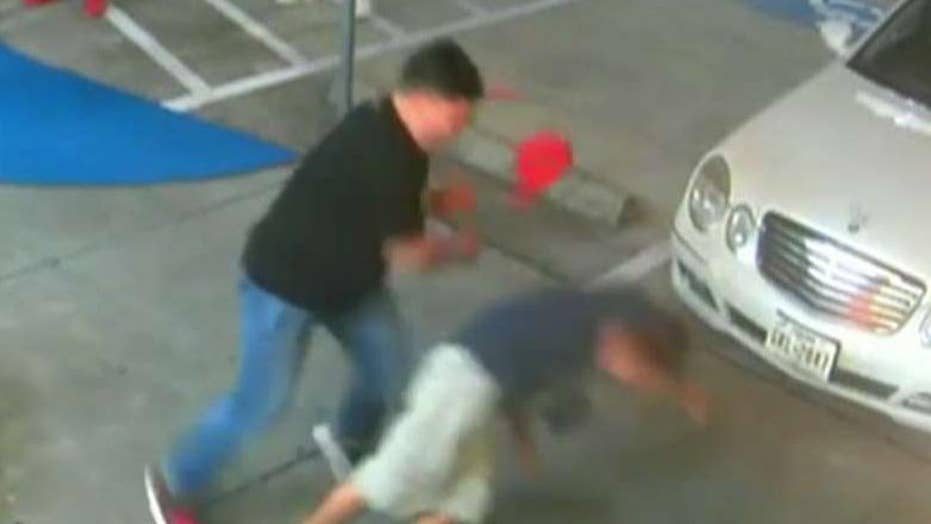 Texas authorities launch manhunt for Alejandro Maldonado who attacked his victim from behind.

Authorities in Texas said Wednesday that they are seeking an 18-year-old who allegedly sucker-punched someone from behind in an incident that was caught on a closed-circuit camera.

Alejandro Maldonado, 18, is wanted by Rosenberg police. Authorities reportedly called the punch callous and cruel. Maldonado was reportedly set to turn himself in, but communication with police has since been lost.

Lt. Chad Pino told Houston's KRTK-TV that the assault was a serious offense and the victim spent several nights in a hospital.

"You think it's a game, your friends might peer-pressure you into doing something, and it's a serious offense, it's a felony, it's an aggravated assault,” he said. “In this case, he sustained some serious injuries, and it's not a game. It's not going to be funny when you're in prison."

Rosenberg is outside Houston.

The video is brutal. The man in the video runs up from behind the victim and cocks back and unloads a right hook on the right side of the victim’s face. The victim’s hat falls off his head and he face-plants on the sidewalk.

Several men are seen in the video, but none offers aid to the victim, who stayed down.