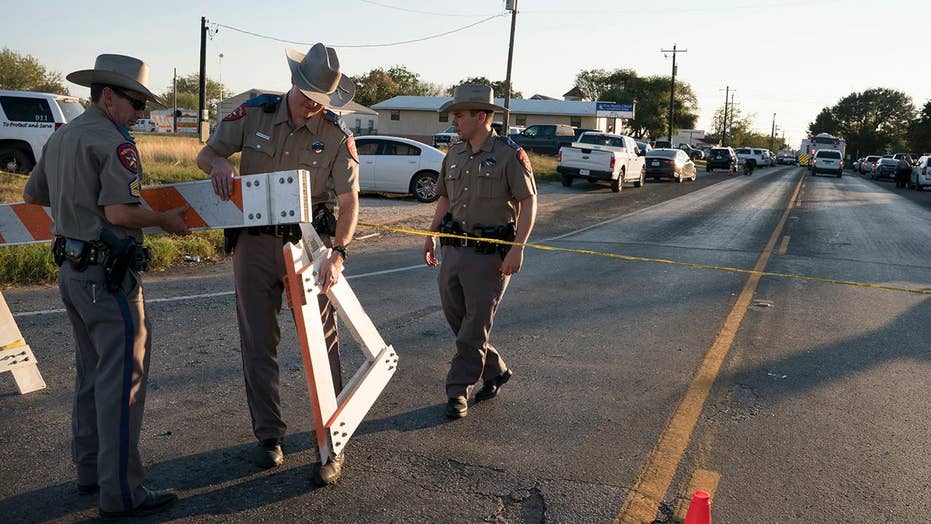 At least 26 dead in worst mass shooting in TX history

Texas authorities were searching for explosives at the home of the suspected church killer Devin Patrick Kelley, the San Antonio Express-News reported Sunday.

San Antonio police sent a K-9 unit to the scene to assist in the search, an official told the newspaper. Kelley is believed to be from New Braunfels, a suburb outside San Antonio.

The gunman was confronted by an armed resident who "grabbed his rifle and engaged that suspect," police said. A short time later, the suspect was found dead in his vehicle at the county line.

Authorities said at a news conference that the victims ranged in age from 5 to 72 years old. One official said the wounded victims’ injuries ranged from minor to “very severe.”