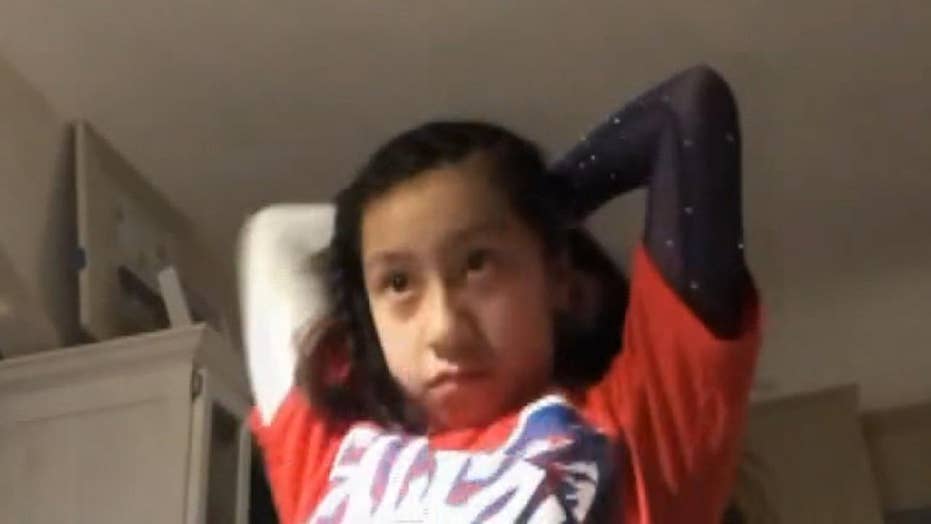 Dallas family shares video their 12-year-old daughter filmed moments before she was killed in a 2018 gas explosion as a warning to other families.

A Texas girl’s family released shocking video that shows the 12-year-old cheerleader’s final moments before a gas explosion tore through her home and killed her last year.

Rogers was expecting to compete in a cheerleading competition and filmed herself that morning styling her hair, FOX4 Dallas reported. She recorded two other videos: one showing her holding up a hair straightener and explaining how she will be doing her hair and a third video recorded in a time-lapse. The latter footage showed Rogers fixing her hair and moving out of the frame when yellow sparks suddenly flash.

The screen then goes black.

The blast woke up Rogers’ parents — but it was already too late. The family was rushed to the hospital where the 12-year-old girl was later pronounced dead.

“She always said she wanted to be a top, top doctor,” Maria Rogers told FOX4 on Wednesday about her daughter, just days before marking one year since her death.

Rogers said the family didn’t see any warning signs and never smelled an odor that would indicate the impending explosion — but Atmos Energy, the company that supplied the natural gas for the Rogers’ home, knew about gas leaks in the neighborhood, FOX4 reported.

Two days before the deadly explosion, one home caught fire and another exploded due to gas-related issues. The gas company did a pressure test and found the steel pipeline connected to Rogers’ home and the two others was cracked.

Atmos knew about gas leaks in the neighborhood since Jan. 1 2018, but failed to tell residents, a preliminary report by the National Transportation Safety Board stated.

“They killed my daughter,” Rogers said about the gas company.

The Rogers family released the videos showing their daughter’s final moments in hopes of warning others about possible gas issues in neighborhoods. they also filed a lawsuit against Atmos, who said it has replaced 98 miles of pipe in Dallas since Michellita Rogers’ death.

“They broke my heart,” Rogers said. “I don't want another family to live how I live now.”