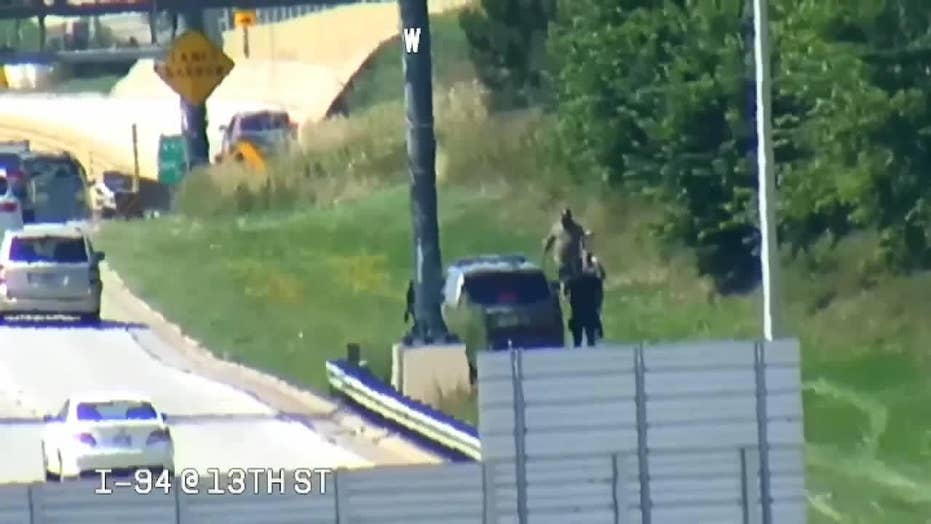 Wisconsin Department of Transportation highway cameras captured three men riding dockless scooters on the shoulder of I-94 between 25th Street and 13th Street on Monday.

Three Texans were slapped with hefty fines Monday after they were seen on camera riding dockless scooters down the shoulder of an interstate highway in Milwaukee, police said.

The three men were seen on Wisconsin Department of Transportation (WisDOT) highway cameras riding the scooters single file on the shoulder of I-94, Milwaukee’s Fox 6 reported.

The Milwaukee County Sheriff’s Office said the men tried to exit the interstate but deputies stilled them first.

Dockless scooters are so named for their ride-sharing service and their lack of a fixed home location.  (fortlauderdale.gov)

A spokeswoman from the sheriff’s office said the men were visiting from Texas and were using a GPS to take them to Milwaukee’s Harley Davidson-Museum.

Each was hit with a $204 citation for riding a moped/cycle on the freeway, Fox 6 reported. Their scooters were loaded into a deputy’s squad car and the men were driven from the interstate, the report said.

Inspector Daniel Hughes said at a news conference Tuesday that the results could’ve been “catastrophic.”

“They had to cross three lanes of traffic that were going at 50 miles per hour, give or take,” Hughes said. “I believe they were trying to make the best decision under the circumstance, but it was a poor decision in the first place.”

Dockless scooters, which are used for short-terms rentals and do not have a fixed home location, have proven controversial as their proliferation outpaces efforts to regulate their use.

The fast-growing trend has raised alarms across the country, with critics saying the scooters have been clogging up sidewalks and putting the lives of the riders and others at risk.