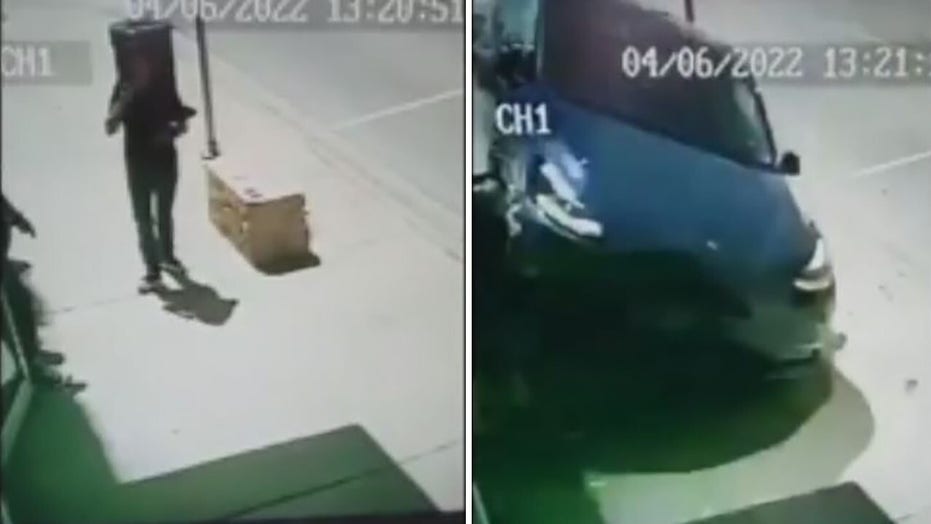 A Tesla driver fell asleep behind the wheel on Wednesday, driving onto a sidewalk in Hamlin, Texas, and striking the city hall building. CREDIT: Hamlin Police Department via Storyful

A driver who fell asleep behind the wheel of a Tesla careened onto a sidewalk in Hamlin, Texas, last week, just missing two women who had been taking a smoke break outside moments earlier, authorities said.

CCTV footage shows that moments after the women head back inside, a Tesla speeds onto the sidewalk and crashes alongside the building.

The Tesla driver had fallen asleep at the wheel moments before careening onto a sidewalk in Hamlin, Texas, where two women had been standing moments earlier, authorities said. (Hamlin Police Department via Storyful)

Evans told KTXS-TV that the driver had fallen asleep as he was coming into Hamlin.

The driver, who was not immediately identified, hit the corner of the city hall building and knocked down the awning pillars of five store fronts, Evans said.

No further details were immediately provided.