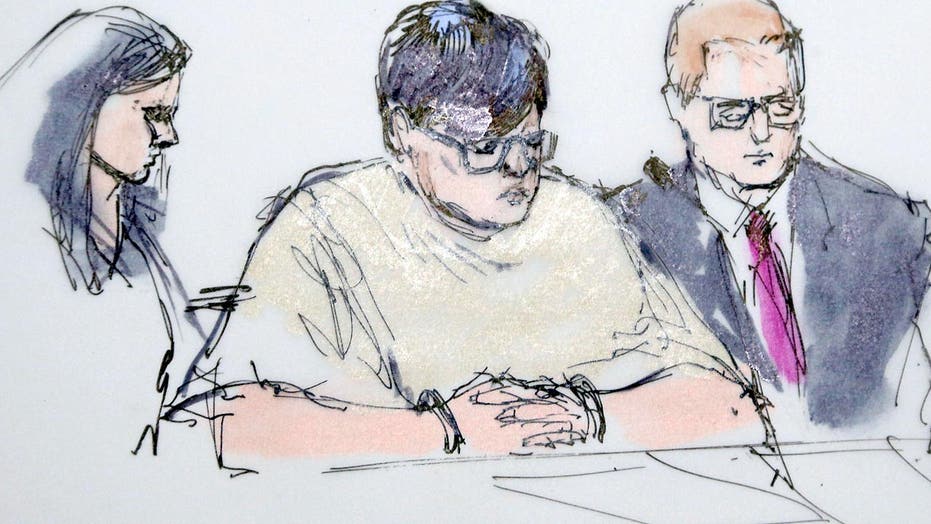 911 transcripts: Marquez says his guns were used in massacre

The neighbor and relative of the San Bernardino attackers told a 911 operator soon after the massacre that one of the killers "used my gun," according to the federal complaint released after his arrest Thursday.

The feds charged Enrique Marquez Jr. with conspiring to provide material support to terrorists in deadly plots with Syed Rizwan Farook in 2011 and 2012 that they never carried out. Investigators say Farook and his wife, Tashfeen Malik, used guns Marquez bought years ago to kill 14 people and wound 22 at a holiday meeting of Farook's health department co-workers on December 2.

Marquez allegedly called 911 a few hours after the shooting rampage.

The complaint includes an excerpt of a draft transcript of that call. Without explaining how the call began, the excerpt starts with the 911 operator asking Marquez why he felt like he wanted to kill himself.

"I don't know. My neighbor. He did the San Bernardino shooting," Marquez responded.

Later during the call, according to the transcript, the neighbor apparently cast blame on Farook, saying, "the f------ a------ used my gun in the shooting."

He told the operator that he'd trusted Farook for the gun's "safe storage," even though investigators blame Marquez and Farook for plotting to bomb a crowded cafeteria or library at a local community college or mow down motorists with gunfire on a gridlocked Southern California freeway in 2011. They scrapped their plans after apparently getting spooked by the late-2012 arrests of a group of men in Southern California plotting to go fight in the Middle East.

Marquez then tells the 911 operator that Farook "was reliable enough for him for storage, like to store my gun." He eventually asked about his friend, "Why did he have to do it?"

Prosecutors said there is currently no evidence Marquez participated in the Dec. 2 attack or had advance knowledge of it. The FBI questioned him for more than a week starting December 6 before finally filing charges.

Investigators say Marquez disclosed that he was paid $200 monthly to enter into a "sham" marriage with the Russian sister of one of Farook's in-laws to allow her to stay in the U.S.   The woman he married on Nov. 29, 2014, is the sister of Farook's brother's wife.