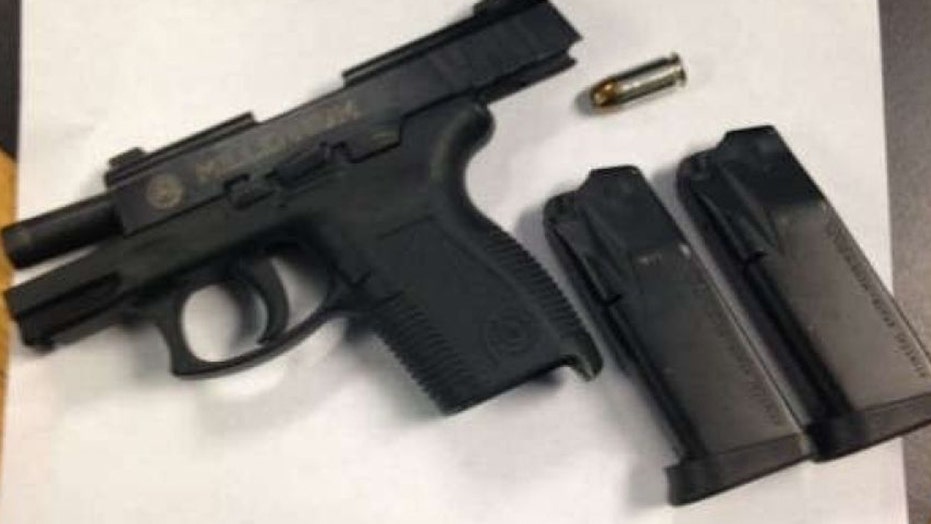 School counselor talks student with gun out of shooting

A Tennessee school counselor is being called a hero Thursday after convincing a teenager to handing over a loaded handgun.

A 14-year-old boy went to Sycamore Middle School on Wednesday asking to speak with counselor Molly Hudgens, according to WKRN-TV.

Authorities said he told her he was having problems and was going to kill teacher and a police officer, but no students; he told her she was the only one who could talk him out of it.

Cheatham County Sheriff Mike Breedlove said Thursday that after they talked for 45 minutes in her office, the boy agreed to hand over the semi-automatic handgun he hid underneath his clothing.

"She was an amazingly brave person to be in there that long with this young man," Breedlove said. "She did something even the most experienced law enforcement officer might not do. She's a hero in our community."

The boy was taken into custody without injury, and has not been identified.

He is being held in Williamson County Jail on charges of possessing a weapon on school property and threatening school employees.

The sheriff did not say how the student got the gun or what problems prompted the threats.

Hudgens said in a statement that she credited her training and experience to help a student out and keep her colleagues and students safe.

“The safety of our school is a responsibility I take very seriously as a school counselor,” she added,

The district's policy of zero tolerance for weapons on campus requires his expulsion from school for not less than one year.

The incident happened on the same day a 14-year-old boy in South Carolina killed his father before opening fire at a school, injuring a teacher and two students.