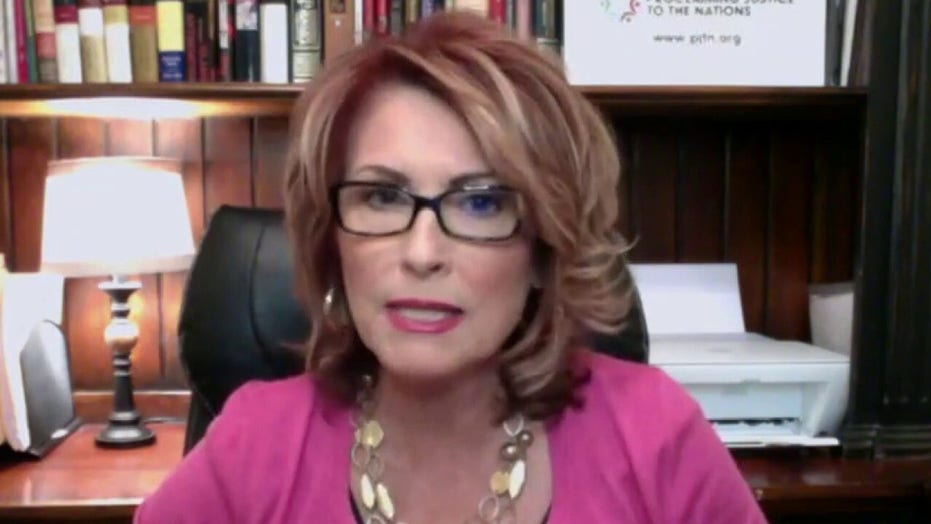 A Tennessee school district is under fire for asking parents to sign a form agreeing not to eavesdrop on kids' virtual classes over concerns they could overhear confidential information.

After significant pushback, Rutherford County Schools is allowing parents to tune in with permission from the teacher but they can't record the classes.

"It's ridiculous. It's so hypocritical because they've been data mining our children for years, compliments of common core," Laurie Cardoza-Moore, founder of Proclaiming Justice to the Nations, said on "Fox & Friends Weekend" Saturday.

"What are they trying to hide? What is the problem? Why won't they let us sit in?" the homeschool mom of five asked.

"Obviously, because they are teaching our children propaganda that they should not be teaching," she said. "They are trying to socialize our children."

She added: "We have had a major problem in education, not just here in Tennessee, but across the country where they are indoctrinating our children with propaganda."

Cardoza-Moore questioned why the school would encourage parents to snitch on one another and what would happen if a parent violates the waiver.

"Does that mean somebody from the school district is going to knock on my door and pull my kid out of my home, his virtual classroom?" she asked. "Or is it going to be my tax dollars that fund my child's public education, my child won't get to participate in education because of it?"

The school district responded in a statement to Fox News.

"We are aware of the concern that has been raised about this distance-learning letter that was sent to parents," James Evans, communications director for Rutherford County Schools, said.

Evans added: "We have issued new guidance to principles that parents can assist their children during virtual group lessons with permission of the instructor but should refrain from sharing or recordings any information about other students in the classroom."

Cardoza-Moore said this is because teachers are pushing "social justice" instead of reading, writing and math, and they don't want to be held accountable to the parents.