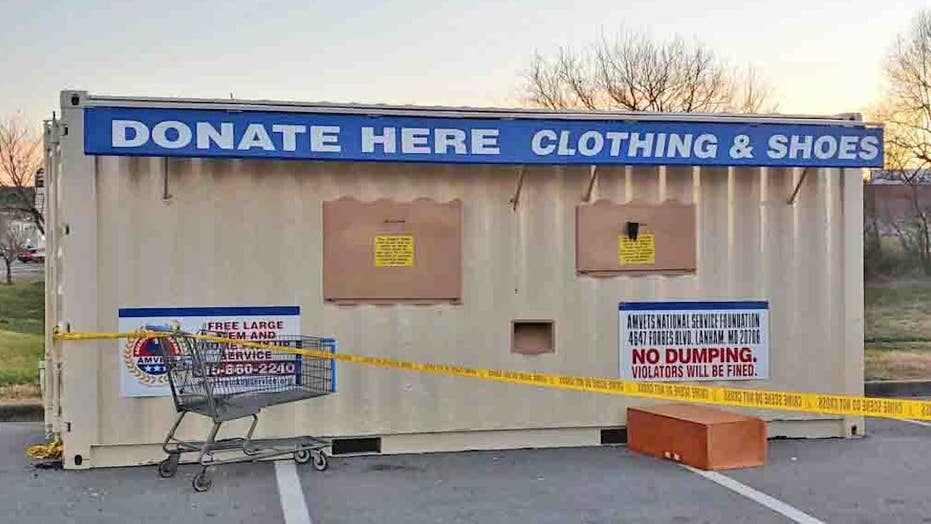 A man has died after getting trapped in a donation bin outside a Walmart in Tennessee, Clarksville police said on Sunday.

Police and emergency responders were called to a parking lot outside the Walmart in Clarksville around 3:50 p.m., where they found the lower part of the unidentified 48-year-old's body protruding from out of it.

He was extracted from the bin and pronounced dead at the scene, Jim Knoll, a spokesman for the Clarksville Police Department told Clarksville Now.

A man has died after getting trapped in a donation bin outside a Walmart in Tennessee, police said on Sunday.<br data-cke-eol="1"> (Clarksville Police Department)

Knoll declined to say how long the man was in the bin or his cause of death, due to the ongoing investigation, according to ABC News.