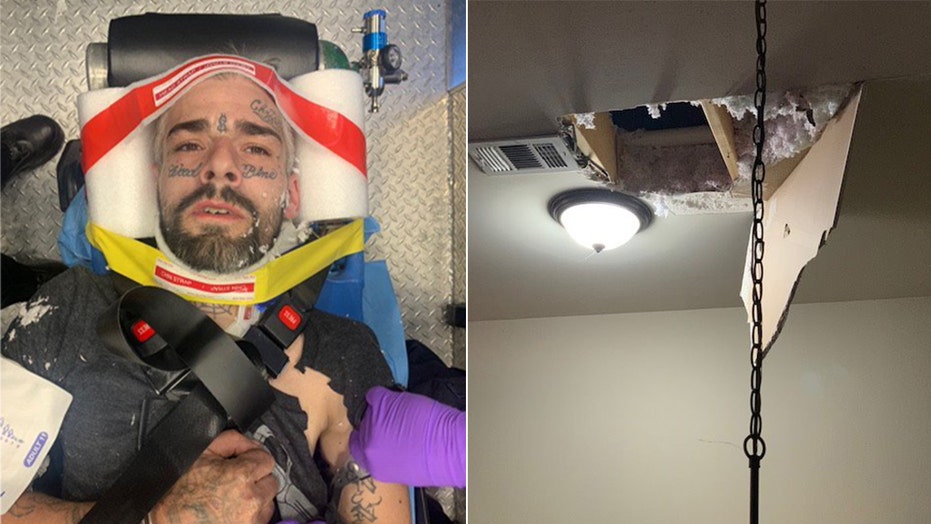 An alleged burglar who police said was trying to hide from officers inside a Tennessee home on Wednesday fell through a ceiling and was taken into custody shortly thereafter.

The Metropolitan Nashville Police Department tweeted on Wednesday writing, “Burglar Justin Mangrum's flight up to the attic of a Took Rd. home to hide from police didn't turn out so well.”

Mangrum fell through the ceiling to the kitchen floor as officers surrounded the house around 3:45 on Wednesday, police said.

The owner, who was at work at the time, called police after his camera system alerted him about an intruder, according to Metro Nashville Police.

The homeowner's electronics and jewelry, which  Mangrum had gathered, never left the house, police added.

Mangrum will be charged with aggravated burglary when he gets out of the hospital, police said.