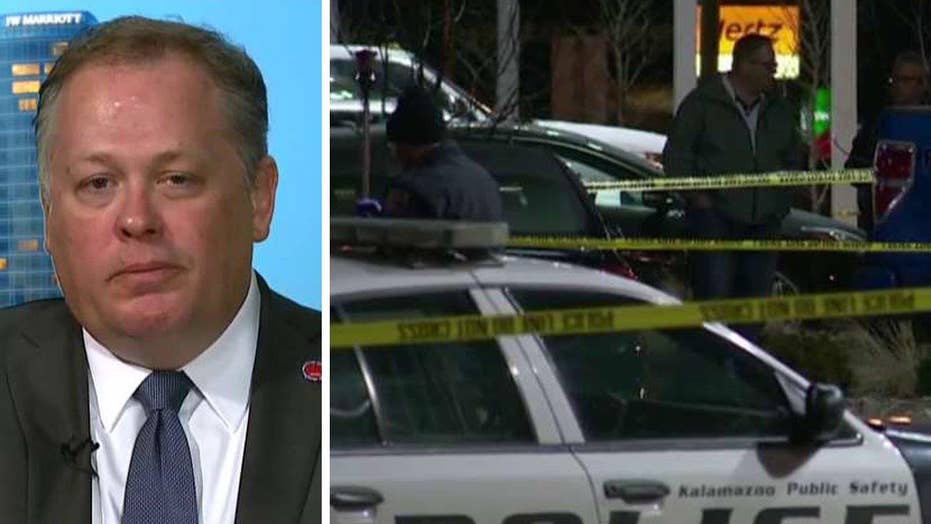 Kalamazoo official on the latest in shooting investigation

KALAMAZOO, Mich. – The condition of a 14-year-old girl is improving, more than a week after she survived a mass shooting in southwestern Michigan.

Vickie Kopf posted an update about her daughter on Facebook. She says Abigail Kopf's ventilator was removed Sunday and that she's breathing on her own.

Abigail was outside a Kalamazoo-area restaurant when she was shot in the head on Feb. 20. Six people were killed — four at the restaurant and two at a car dealership. Another victim shot at an apartment building survived.

Jason Dalton is charged with murder and attempted murder.

Funerals and memorial services were held over the weekend. The last was held Sunday at a Battle Creek church to honor Mary Jo Nye, a retired teacher who was killed at the restaurant.