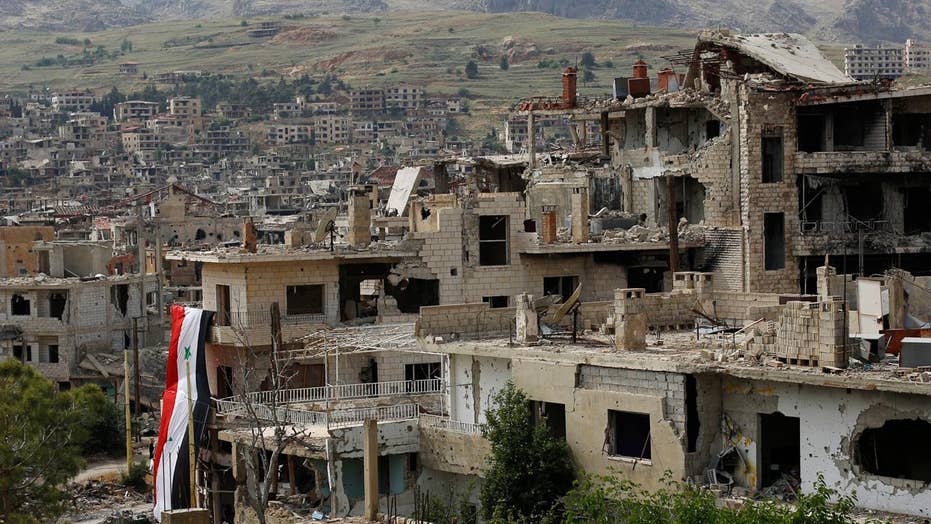 Strikes come ahead of President Trump's visit to the region; John Huddy reports from Jerusalem

U.S. airstrikes that targeted pro-Assad forces in Syria were a “flagrant aggression” that demonstrated “the reality of the Zionist-American project in the region,” a Syrian military official said Friday, condemning the attack on state TV.

The airstrikes came in response to pro-Syrian government forces that posed a threat to U.S. troops and partner forces near the Jordan border, the coalition said. It marked the first such strike since U.S. Tomahawk missiles hit the Shayrat Airbase in April.

The Syrian official said the latest strikes killed several soldiers, but the U.S. could not confirm that. CENTCOM stated that the airstrikes destroyed two front-end loaders, a piece of construction equipment, a tactical vehicle, and a tank.

The attack comes at a time when the U.S. presence in Syria is becoming more visible, mostly in the north, where American troops are backing Kurdish-led forces fighting the Islamic State terror network.

The coalition said “apparent” Russian attempts to stop pro-government forces from moving toward the Tanf region — where the borders of Jordan, Syria and Iraq meet, as well as warning shots and a show of force — had failed. The coalition commander on the ground — after shows of force did not stop the regime forces — called for the airstrike as a matter of protection. The Tanf area has been considered a de-conflicted zone between the U.S. and Russia, as part of an agreement that went into effect earlier this month.

U.S. officials and Syrian activists said the airstrike took place in the Tanf desert along a highway near the border with Jordan, although it was unclear if it struck the Syrian army or just militias allied with the government.

SYRIAN MAN CONVICTED IN BERLIN OF PASSING INFO TO ISIS

Defense Secretary Jim Mattis told reporters the U.S. would defend its troops in case of “aggressive” steps against them.

The Syrian military official did not say how many soldiers were killed, but the Syrian Observatory for Human Rights said the airstrike destroyed vehicles and killed eight militiamen.

The government-controlled Syrian Central Military Media (SCMM) said there’s an agreement between Syria, Russia and Iran about moving forward in the fight against ISIS in the desert near the Iraqi border, a location the Syrian government has vowed to reach. A road between Iraq and Syria would facilitate the flow of assistance from Iran, which strongly supports Assad.

“The Americans have no right to specify in which direction the Syrian army moves since it owns the land and has the right to spread the country’s sovereignty on all the land,” the SCMM said. It added that the U.S. asked Russia to pressure the Syrian army to stay nine miles away from their “illegitimate bases in Tanf.”

A U.S. official said pro-Assad “forces must now withdraw outside of the established de-confliction zone to avert further Coalition action and remove the threat to our forces." The official added that forces of the U.S.-led coalition will continue to defend themselves against ISIS or any other threat to Coalition or partnered forces in the area.