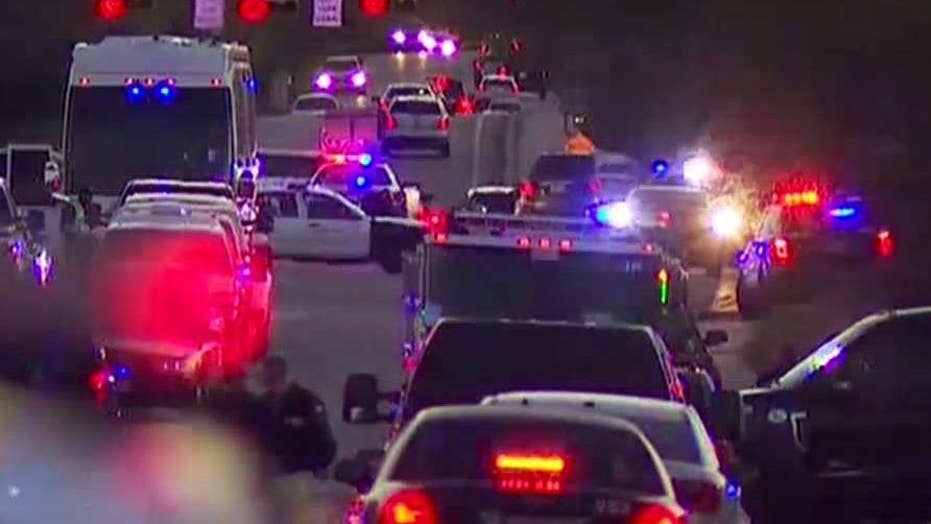 Police closed off parts of downtown Pflugerville, Texas — about 20 miles north of Austin — after receiving reports of a possible suspicious package late Tuesday.

Suspicious behavior was reported around a mailbox which, “out of an abundance of caution,” prompted a police response, Pflugerville police Chief Jessica Robledo said in a statement.

Robledo said the package was being inspected in what she called an “ongoing investigation.” The chief did not confirm whether a suspect had been identified. She asked for the public's help if anything seemed “out of place.”

“When something is out of place, you need to say something. You need to call 911 and report it. We need your help,” she said.

Earlier Tuesday, police in Austin police announced that all was clear after a suspicious package was reported at a Whole Foods store in Southwest Austin, the Austin American-Statesman reported.

Also Tuesday, an “incendiary device” caused an explosion in Austin, Texas, that authorities said was not related to the deadly bombings of previous days.

"My intention is not to kill people. I am doing this simply because I want to watch the world burn," the user wrote on Reddit on Tuesday. He said he hoped to become “as prolific as the Zodiac Killer,” a reference to a notorious serial murderer in California in the 1960s and 1970s.

The user posted a series of unsettling messages comparing himself to Zodiac, claimed he’s “30-50 years old,” and denied that the attacks were race-related, the Daily News reported.

The account has since been suspended and its messages removed from the site.

The Austin Police Department confirmed to the outlet that they were aware of the disturbing posts and were investigating them. Police declined to confirm whether the Reddit user was a suspect.