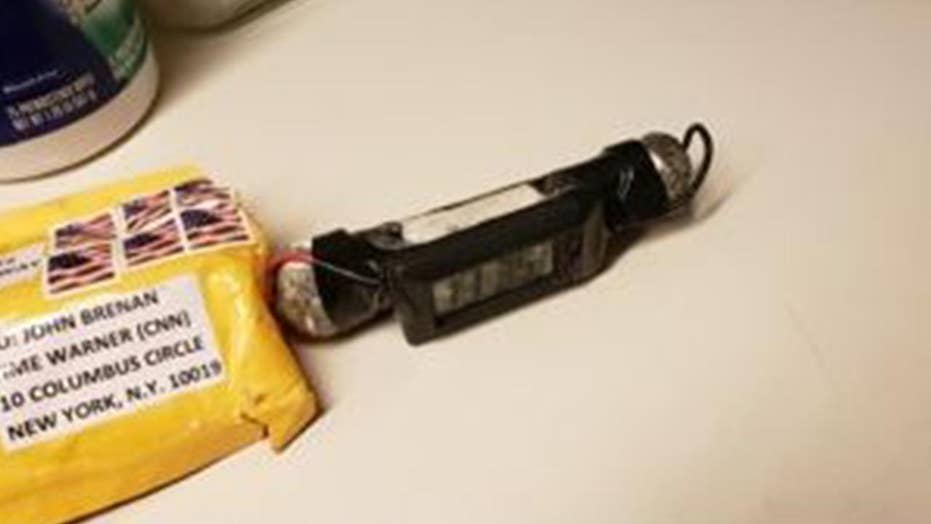 The package found in Florida address to Booker on Friday appeared to be similar to the others that were sent, according to the FBI.

The NYPD said separately it was investigating suspicious packages at a location on 52nd street in New York City. At least one package there was addressed to Clapper, an NYPD source told Fox News.

An X-ray determined the package contained a pipe bomb consistent with the other bombs and packaging, the NYPD said at a news conference.

Booker declined to comment on the package and instead referred all questions to law enforcement. Bomb-sniffing dogs were seen at Booker's Camden, N.J., office.

A law enforcement source confirmed to Fox News Friday that a package intended for Sen. Kamala Harris, D-Calif., was intercepted in Sacramento, Calif. It was not immediately clear if the package was similar to the others sent.

The latest suspicious packages addressed to top Democratic political figures comes as a male suspect was arrested in Florida on Friday morning in connection with the rash of parcels sent to prominent Democrats nationwide, law enforcement sources confirmed to Fox News. Multiple sources identified the suspect to Fox News as Cesar Sayoc, 56, a former New Yorker who now resides in Aventura, Fla.

“I thank God no one's been hurt, and I thank the brave and resourceful security and law enforcement people for protecting us,” De Niro said in a statement. “There's something more powerful than bombs, and that's your vote.  People MUST vote!” 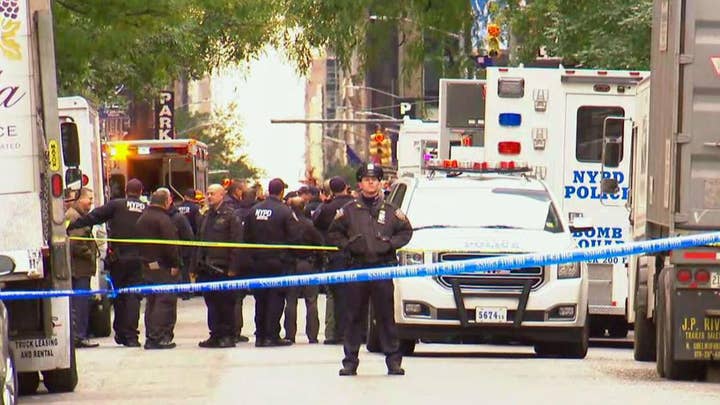 Stamps are being analyzed for saliva and DNA at the Quantico lab, a government official told Fox News. The investigation has progressed “significantly” and the official added the FBI is now reaching out to retailers to pin down where the package bomb elements were made, and where they were sold.

The devices were considered to be “rudimentary,” but some are “dangerous and unstable,” the government official said.

"In light of the terrorist acts of the last 48 hours, we are issuing this united statement to condemn in the strongest terms any actions that threaten to commit violence against the people of the United States, including current or former elected officials, members of the media, individual Americans, or anyone else - regardless of their political background or position," the statement read.

"Just as importantly, we strongly condemn any rhetoric by current or former elected officials, members of the media, individual Americans, or anyone else that condones, excuses, or encourages such violence. As Americans, we believe that when our nation comes under attack, we are strongest when we stand together."

President Trump responded to news of the devices Wednesday, saying: “The safety of the American people is my highest and absolute priority.” He continued, “The full weight of government is being deployed to conduct this investigation and bring those responsible for these despicable acts to justice.”

“Time and time again, the President has condoned physical violence and divided Americans with his words and his actions,” the statement read.

White House Press Secretary Sarah Sanders fired back on “Fox & Friends” Thursday, saying that Trump could not have been “more presidential” in his handling of the apparent bomb threats.  She said whoever is behind the attacks is “ultimately the person that is responsible.”