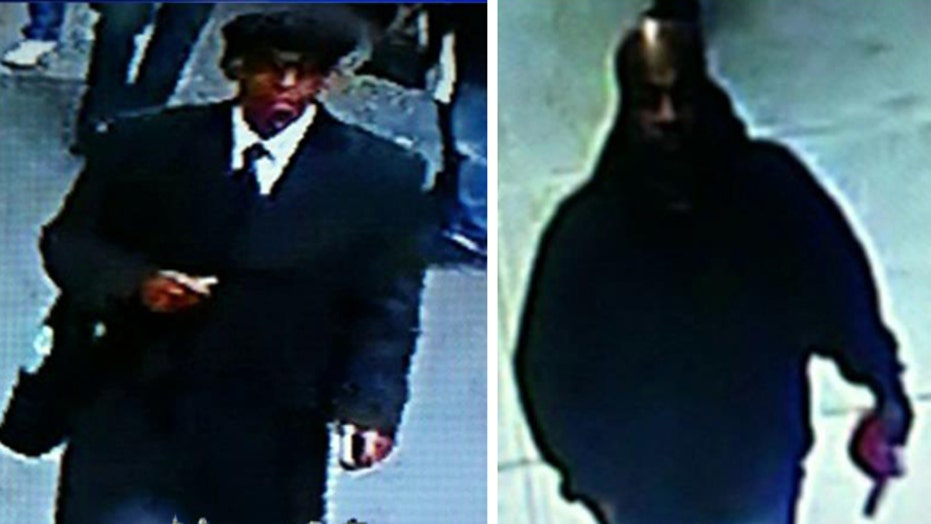 The suspects in a daylight robbery in New York City's Diamond District reportedly were dispatched to their targeted store by a rival jeweler.

"They have a beef over money and jewelry, and the [rival store owner] sends these two guys over there to scare them," the Post quoted one source as saying.

The paper reported that one of the thieves held Mikhaylov, his sister, father and two others at gunpoint while stuffing $500,000 worth of Rolex, Patek Philippe and other high-end watches and $6,000 cash into a duffel bag before fleeing the scene.

Mikhaylov denied putting cops on the trail of his unidentified rival by informing them about the dispute, as the Post's sources insisted. When asked why he felt his store was targeted, the jeweler responded, "Everybody’s a target in this industry."

The paper also reported that Mikhaylov has claimed to be the victim of two other store robberies in the past, and has prior arrests for robbery, burglary and assault. The owner denied to a Post reporter that he was ever arrested.

The suspects are still at large, but the Post reported that investigators had recovered several fingerprints from some of the store's merchandise. Authorities were also trying to use facial-recognition technology to identify the thieves from surveillance video.

"The gunman touched a lot of stuff in the store,"  one law enforcement source told the Post. "He didn’t have gloves on."