Amber Clark and Ronald Seay both came to Northern California from other parts of the country. But when their lives crossed paths this year, there were tragic results, according to authorities.

Clark, 41, a library supervisor who relocated from Oklahoma, was fatally shot last week outside the Sacramento library where she worked. Seay, 56, who came West from the St. Louis area, has been charged with murder in connection with Clark's death.

Before arriving in California, Seay had a history of making threats toward librarians and was arrested several times for disturbances in St. Louis-area libraries and had been barred from at least two of them, Missouri officials told the Sacramento Bee.

There was also a warrant out for his arrest, the officials said.

Scott Bonner, director of a St. Louis-area library, said Seay threatened him repeatedly after a confrontation at the Ferguson Public Library on Aug. 23.

“He was here in the library and couldn’t find his wallet. He decided that staff had stolen it,” Bonner told the Bee, adding that Seay demanded that employees turn over the wallet. 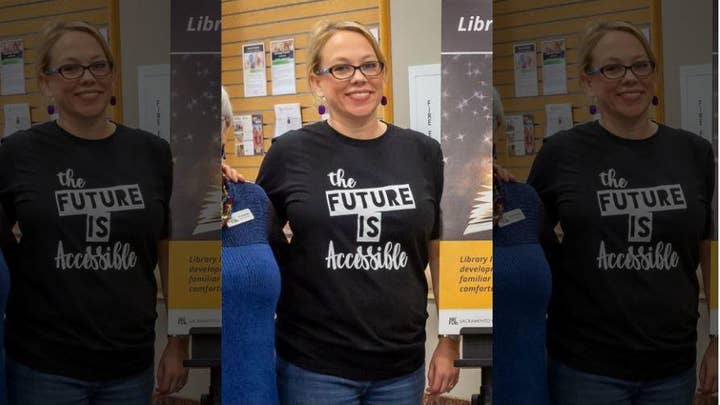 After Seay left the library, he called throughout the day with threats aimed at Bonner, the Bee reported.

“He was clearly showing a pattern,” Brentwood, Mo., police Chief Joseph Speiss told the paper, confirming that Seay was involved in a disturbance in that town's public library.

“He was loud in the library and had cursed, things like that, and had a confrontation with the women who were working,” Spiess told the St. Louis Post-Dispatch.

“He was clearly showing a pattern. ... He was loud in the library and had cursed, things like that, and had a confrontation with the women who were working.”

On Oct. 13, after he had arrived in Sacramento, Seay was involved in a disturbance at the city's North Natomas Public Library, where Clark worked, and was issued a no-trespass order, FOX 40 Sacramento reported.

Then last week, Seay allegedly shot Clark multiple times in the head as she sat in her car in the library's parking lot.

Clark was an educator and worked at the Northwest Library in Oklahoma City for three years before the move to California, Oklahoma City's KWTV-DT reported.

She joined the Sacramento Public Library in 2015, and worked in the Florin, North Highlands and Natomas branches, according to the Mercury News of San Jose.

Julia McConnell, one many friends Clark made in Oklahoma City, told KWTV that she was still in shock over Clark's death.

"Amber was a tough cookie. She wasn't a victim. So it doesn't even seem likely that someone like Amber, that something like this could happen to her." McConnell said, "You know she didn't let anybody push her around and could really stand up and speak up for herself. So she wasn't a pushover."

McConnell told the station that she will remember the good memories she shared with Clark.

"Just how much fun we had sitting at the reference desk, laughing. We always would joke about the musical, the library musical that we are going to put on," she said. "So I really hope to remember who she was in life and not the way that she died."

McConnell said although Clark was a "pretty private person ... once you get to know her you just find out what an amazing person she is."

In a statement on Facebook, the Sacramento Public Library said Clark "has been a champion for accessibility and inclusion, teaching all of us that we are all people and not defined by our disabilities or differences."