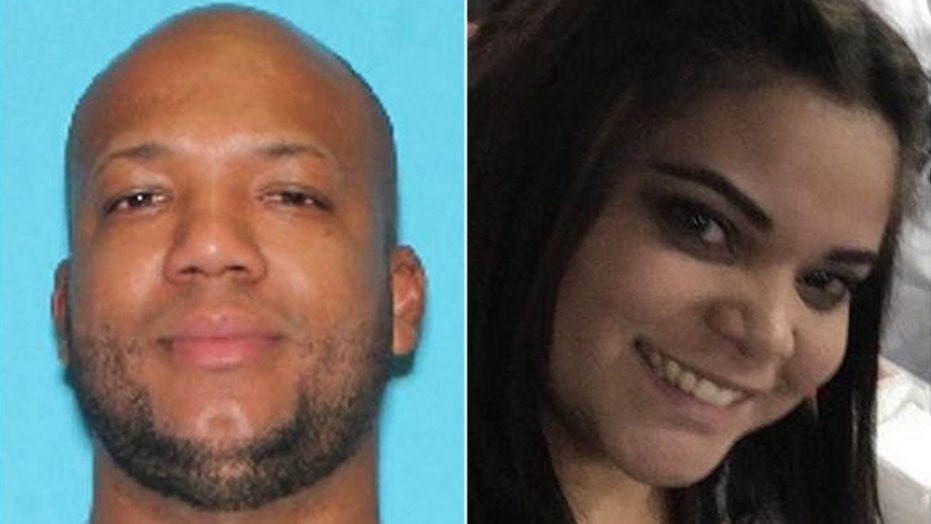 A man wanted for questioning following the “suspicious” death of his Connecticut bar owner girlfriend was on the run Thursday — and may have fled to the Dominican Republic.

Alfredo Esmerli Peguero-Gomez, whose car was found at Newark Liberty International Airport in New Jersey, is being sought in the death of Janet Avalo-Alvarez, with whom he co-owned a bar with in Waterbury, Conn.

The 26-year-old's body was found earlier this week in nearby Wolcott. She was last seen at that establishment on Nov. 12.

"The family is going through a lot of pain and they don’t deserve [the] pain they are going through," Grisella Guerrero, who identified herself as a family friend, said in an interview with WFSB.

NEW YORK DOG CHEWED OFF OWN LEG WHILE LIVING IN CRATE OUTSIDE, POLICE SAY

Alfredo Esmerli Peguero-Gomez, whose car was found at Newark Liberty International Airport in New Jersey Friday, is being sought in the death of Janet Avalo-Alvarez. (Waterbury Police Department/Facebook)

Police have called the death “suspicious” and told WFSB they believe Avalo-Alvarez died from neck compression. She was found strangled to death a few feet from the road, Fox 61 reported.

U.S. marshals are now helping in the search for Peguero-Gomez.

The day after Avalo-Alvarez vanished, police went to the home the couple shared in Waterbury and Peguero-Gomez said he didn’t know where she had gone.

Investigators say he left the home at 1 a.m. the following morning.

Waterbury Police Chief Fernando Spagnolo says Peguero-Gomez has family in the Dominican Republic, but it’s unclear if he flew there.