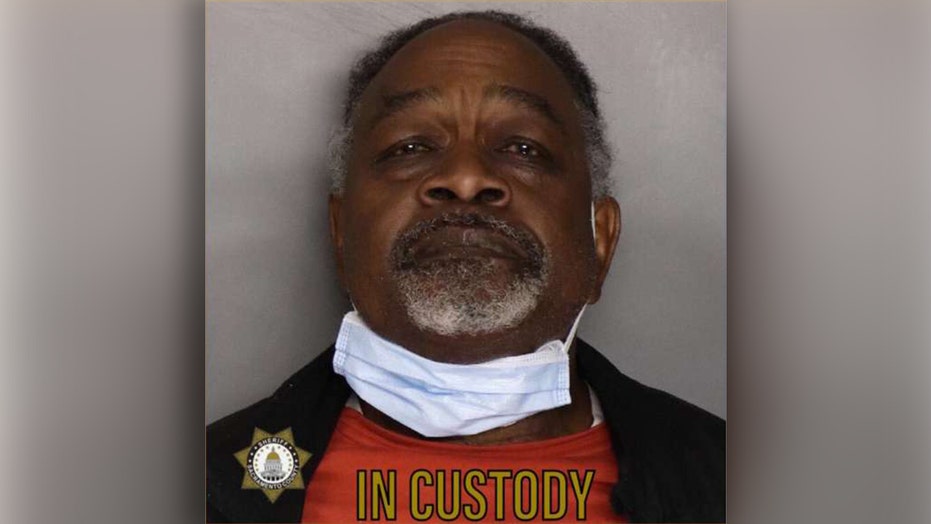 A California man posed for a mug shot photo with a coronavirus mask around his neck after his arrest in the cold case rape and murder of a 20-year-old woman in 1980.

The arrest of Philip Lee Wilson, 71, at his Sacramento home for the stabbing death of Robin Brooks came as Californians are under a statewide coronavirus lockdown. The arrest was announced Friday, 40 years to the day of the murder.

Officials said they cracked the case through DNA and genetic genealogy.

Robin Brooks was 20 when she was killed in 1980 in Sacramento, Calif.  (Sacramento County Sheriff's Department)

Among those celebrating the arrest was Micki Links, a retired sergeant with the Sacramento County Sheriff’s Department who continued to work on the case after her retirement.

“I have been involved in this investigation for 16 years,” Links said in a news conference. “I’ve dreamed of this day to actually stand up here and say we’ve arrested the man responsible for this crime.”

Brooks worked at a doughnut shop and when she failed to show up for work a friend went to her apartment to check on her, the Sacramento Bee reported. Brooks was found lying face down on her waterbed with stab wounds.

She had been last seen leaving the doughnut shop at midnight at the end of her shift 16 hours earlier.

The case went cold with no suspect having been identified. However, recently authorities were able to connect Wilson to the rape and murder of Brooks using DNA evidence left at the scene in 1980.

Wilson's rap sheet shows an assault-and-battery arrest in Sacramento in 1985 and a marijuana arrest in Texas, which led to a one-year jail sentence, according to the Bee.

Brooks' sister, Maria, attended the news conference via video because she could not be there due to the state's coronavirus restrictions.

She said she hoped Wilson's arrest will give hope to other victims of unsolved crimes.

“I know Robin is smiling and saying job well done,” she said.