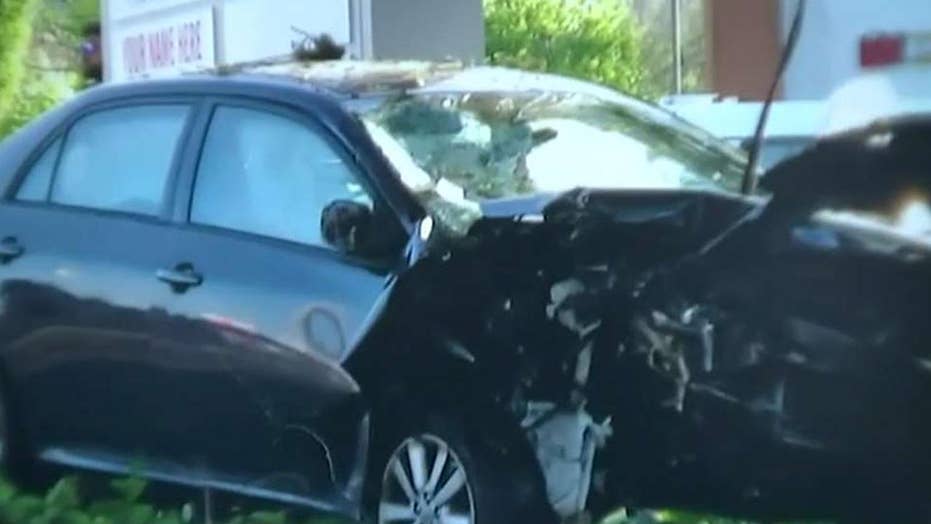 Police: 8 people injured after driver may have intentionally rammed into crowd of people in Sunnyvale, California.

An Iraq War veteran with a history of post-traumatic stress disorder who injured eight people by plowing his car through a crosswalk targeted the victims based on their race and his belief they might be Muslim, California authorities said Friday afternoon.

The Sunnyvale Department of Public Safety tweeted: “Late yesterday [Thursday] afternoon, DPS obtained evidence regarding the motive behind Peoples’ criminal act. He targeted the victims based on their race and his belief that they were of the Muslim Faith. We will be providing support to our diverse communities.”

"Our community stands unified against these senseless acts of violence motivated by hate, and we strongly condemn them," Sunnyvale Mayor Larry Klein said in a statement. "Sunnyvale takes pride in the incredible diversity of people who form the rich fabric of our city. We embrace our community of many backgrounds and beliefs, and we will continue to define ourselves by openness and acceptance for all."

Sunnyvale police chief Phan Ngo said Friday that the investigation into Peoples, a former U.S. Army sharpshooter who was deployed to Iraq in 2005 and 2006, is ongoing.

Peoples appeared briefly in Santa Clara County Superior Court on Friday. He did not enter a plea and is being held without bail.

Jay Boyarsky, chief assistant district attorney for Santa Clara, said the charges carry a sentence of life in prison. He added that prosecutors will file hate crime allegations if warranted.

“There is very appalling and disturbing evidence that at least one or two of these victims were targeted based on the defendant’s view of what their race or religion may have been,” he said.

Ngo told reporters that Peoples showed no remorse, telling reporters Friday that the suspect "did not behave in any manner that would be considered bizarre."

Peoples’ attorney, Chuck Smith, said Friday that the crash was in no way deliberate.

“This act was clearly the product of some mental disorder or mental defect,” Smith said after the hearing.

Family and friends described Peoples as quiet and polite and expressed shock at his involvement. His mother, Leevell Peoples of Sacramento, said her son had "a bad episode" with PTSD in 2015, for which he was hospitalized.

Peoples was honorably discharged from the Army, and police were investigating the PTSD report, Ngo said. The chief added that Peoples had no criminal record and owned one weapon, a disassembled and inoperable shotgun that was in the trunk of his vehicle.