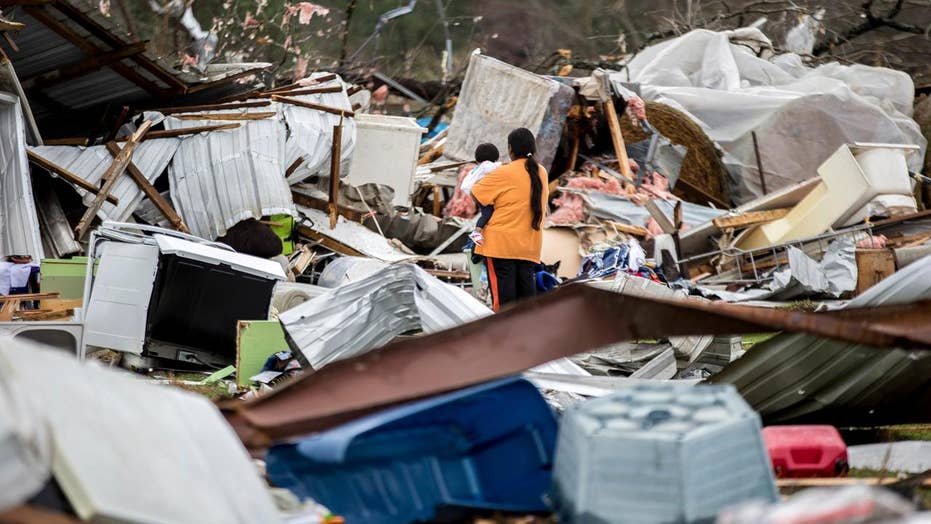 Over a dozen dead after severe storms slam Southeast

Relief efforts are ongoing in the Southeast after a deadly round of tornadoes and severe weather killed at least 20 people. Volunteers and aid organizations have stepped up to assist the victims in the hardest hit areas.

An estimated 1,200 homes in Mississippi suffered damage, according to the state's emergency management agency, which reported nearly 550 of those structures sustained heavy damage. At least 15 deaths were reported in Georgia where the state’s insurance commissioner says the cost of the damage is at least $100 million.

Divina Mims-Puckett, the regional communication manager for the American Red Cross of Georgia, says people affected by the storm will need long-term help.

“The quickest way for people to help would be to make a financial donation,” said Mims-Puckett. “That money [helps] us get the financial assistance into the hands of the people who need it most.”

Mims-Puckett says the American Red Cross partners with organizations like Goodwill and the Salvation Army to get clothing items to victims of disasters.

President Trump has approved a FEMA request for Georgia and signed a disaster declaration for Mississippi, according to the states' governors. The House of Representatives also stood in solidarity with victims of the storms by observing a moment of silence on Monday.

The House of Representatives just observed a moment of silence for the victims of the severe storms in #Georgia and #Mississippi. pic.twitter.com/ZeVKnF52Fm

The United Way of Southeast Mississippi is asking for donations, volunteers, clothing and household items for victims of an EF-3 tornado that struck the Hattiesburg, Miss. area on January 21.

“We’re accepting donations for different supplies,” said Staci Cox, director of marketing and communications for the United Way of Southeast Mississippi. “Because when you lose your home it’s kind of hard to start it back over from nothing.”

Cox says her office is also accepting donations from people outside the region. She noted 100 percent of any financial donation for tornado relief efforts will go right back into the communities affected by the storm.

Emergency management agencies for Georgia and Mississippi have websites with information on clean up efforts and ways to help disaster victims.