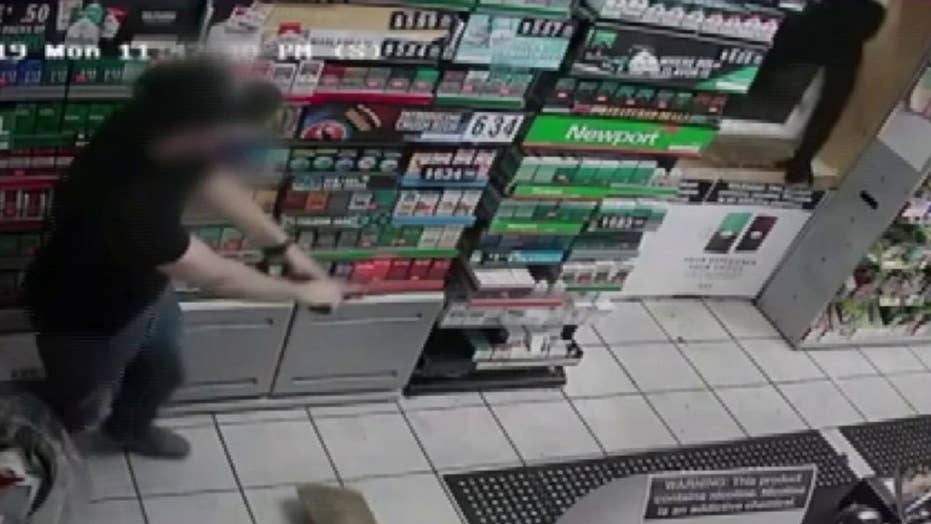 Raw video: Drive through worker with gun scares off would be thief

The altercation was caught on camera.

An Ohio convenience store clerk scared off a man attempting to rob a Pit Stop on Monday, and the drama was caught on camera.

A masked man wearing all black and carrying a gun attempted to climb through the drive-thru window of a Pit Stop at a Warren convenience store. A clerk saw the man and grabbed a gun he kept in the store, pointing it at the suspect as he approached the window. The strategy worked, and the would-be intruder fled.

The clerk told police he fired into the air as a warning shot.

The masked man got away and is still at large, but police are not pressing charges against the clerk.

“It’s a bit daring to try to climb through a window to rob a business, but fortunately the clerk was armed and was able to protect themselves from any harm that could have come to them,” Warren Police Lt. Bryan Holmes said to WKBN.