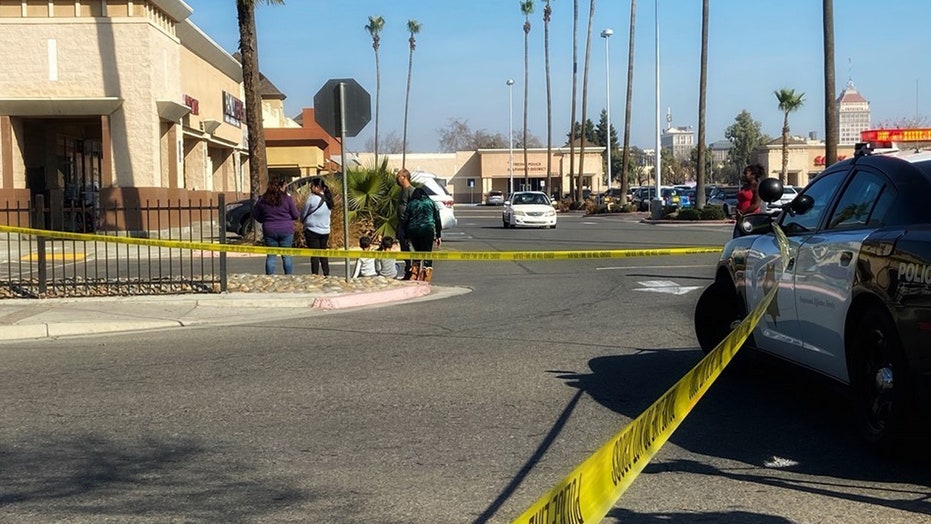 A fight over the teams facing off in Super Bowl LIV ended in a shooting in California that left one person injured, police said.

The Fresno Police Department told FOX26 Fresno the incident happened shortly before noon Saturday after a homeless man on a bicycle approached a barbeque in the front yard of a home decorated with 49ers flags and other items.

An argument soon began between the homeless man and another man in his 20s.

As the argument escalated, police told FOX26 Fresno the homeless man pulled out a "makeshift weapon" from his backpack and shot the victim in the stomach.

One person was injured after a shooting on Saturday following an argument the Super Bowl, according to officials. (FOX 26 Fresno)

The shooter fled to a nearby homeless encampment, where he was captured by police and arrested.

The victim was transported to Community Regional Medical Center, where he underwent surgery. Officials did not release details about his condition.

Police Lt. Charlie Chamalbide told The Fresno Bee the victim was visiting the home at the time of the shooting, and it wasn't immediately clear what sparked the argument.

Officers are still looking for the weapon, Chamalbide told the newspaper.