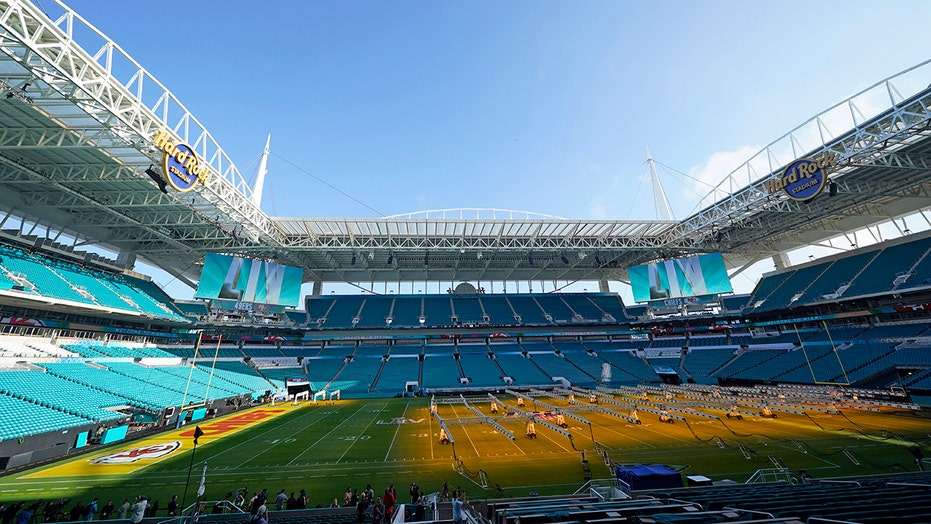 Players, fans, and the city of Miami get ready for Super Bowl LIV

Former NFL running back Reno Mahe discusses what to expect in the Big Game.

U.S. Customs and Border Protection (CBP), U.S. Immigration and Customs Enforcement (ICE) and the Department of Homeland Security (DHS) announced a massive, record-breaking seizure of counterfeit Super Bowl merchandise in Miami on Thursday, worth an estimated $123 million were it authentic.

Agents and officers targeted flea markets, retail outlets and street vendors during the week leading up to Super Bowl LIV. Among the seizures were jewelry, hats, phones, fake jerseys and thousands of other items.

The 176,000 counterfeit items were seized during the joint-agency mission, named "Operation Team Player," which targeted international fraud, according to an ICE press release.

HOW TO AVOID THE POST-SUPER BOWL HANGOVER, AKA 'SUPER SICK MONDAY'

NFL Vice President of Legal Affairs Dolores DiBella championed the seizure and claimed the operation will protect fans from being duped.

“'Operation Team Player' remains one of the most important national initiatives for protecting sports fans from the sale of counterfeit products and counterfeit tickets," she said. "The joint efforts of the NFL, the IPR Center, HSI, CBP, and Miami area law enforcement have helped ensure that Super Bowl LIV remains an authentic and outstanding experience for our fans."

MDPD Maj. Eric Garcia said fans deserve to know what they are buying and should expect law enforcement to step in and shield them from being defrauded.

“When fans spend their hard-earned money on NFL tickets and merchandise, they deserve the real deal,” he said. “The Miami-Dade Police Department is fully committed to collaborating and partnering with our local, state and federal law enforcement partners to proactively enforce laws related to counterfeit merchandise in order to protect businesses and consumers.”

The Super Bowl game between the Kansas City Chiefs and San Fransisco 49ers will kick off on Sunday at 6:30 p.m. ET and will air on FOX.