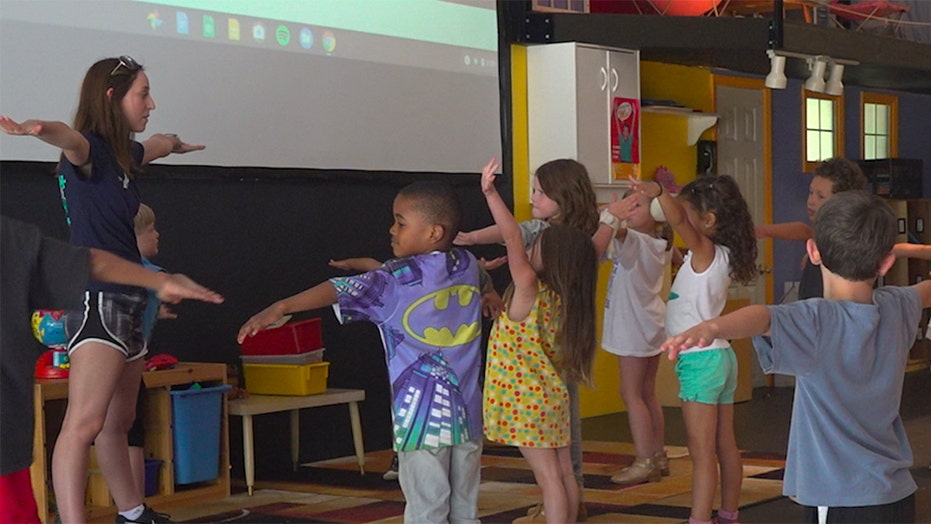 Summer camps in limbo amid COVID-19

The American Camping Association says over 20 million children attend summer camp in the United States. However, this summer is different because of the coronavirus pandemic.

EATONTON, Ga. – In some parts of the country, summer camps are becoming an option for parents after students have been out of school for months.

In Georgia, day camps are opening their doors, but overnight camps are waiting for the green light to open.

Last week, Gov. Brian Kemp signed an executive order allowing day camps to open this summer, but they must follow more than 30 restrictions. The restrictions include everything from social distancing, temperature checks, availability of hand sanitizer, masks for everyone, and many more.

According to the American Camping Association, around 20 million children usually attend summer camp in the United States, but that number is expected to decrease this summer as the coronavirus pandemic continues.

The Georgia Mountains YMCA day camp decided to open for summer camp at the end of May, but this year their program will be different.

Amy Kienle, the CEO of Georgia Mountains YMCA, said they had to transition very quickly.

“A very high percentage of our parents and guardians in our community are essential workers, and we knew that this would be a critical need for our community,” Kienle said.

The day camp usually attracts 300 kids, but Kienle said they were capping the number at 196 this year.

Also, the staff at the camp are changing campers' daily routine to protect the employees and children.

“We don’t let parents enter the facility for drop off and pick up, they’re remaining in their vehicle. Also, campers are not eating in a communal space. Food is being taken to the children and they’re eating in separate spaces,” Kienle said.

In the instance that a child becomes sick, “when a child does show symptoms or becomes ill while they’re here, we keep them in an isolated area until their parents can come pick them up,” Kienle said.

Kienle said they are expected to hit capacity this summer but overnight camps like Rock Eagle in Eatonton, Ga., still aren’t allowed to open.

Rock Eagle summer camp state leader Arch Smith has been a part of the Rock Eagle camping community since he was a child and he said he has never seen it like this.

The camp has been closed since mid-March.

“We have delayed the opening of our summer camp program to late June or early July. Whether or not we will be able to do it... we will have to make a call within the next two weeks,” Kienle said.

The campground has over 50 cabins and more than 1,000 beds for campers. Due to coronavirus, cabins could be left empty if overnight camps are forced to stay closed.

“We’re not set up to do day programs. It would be difficult because that’s just not the business that we are in,” Kienle said.

Smith said the camp is already facing a financial hit because they have canceled summer programs through the end of June at all five locations. Smith fears that things could get worse.

That hit is about 45 percent of our annual revenue… so it’s in the millions of dollars,” Kienle said.

The five camping centers in Georgia that Smith oversees may be empty this summer for the first time in decades.

“If we feel that we can safely operate our facility under those guidelines, we'll make every attempt to do so," Kienle said. "But, at the same time, if those guidelines are more restrictive than we can comply with, we won’t try to operate camp.”