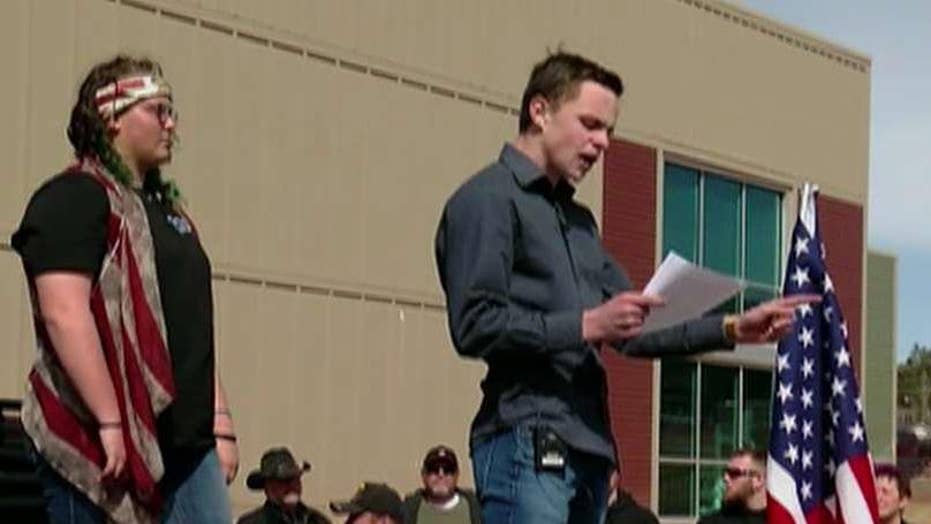 Students in Colorado who support the Second Amendment staged their own walkout Wednesday, in an effort to counter the pro-gun control rallies taking place across the nation following the deadly shooting at a Florida high school in February.

Students at Woodland Park High School, an hour north of Pike’s Peak, began the 30-minute pro-Second Amendment rally with a moment of silence for victims of past school shootings.

“I don’t believe that guns are the problem,” said student Haley Armstead. “I think it's more of the people and that people are trying to blame an inanimate object for something that's not them.”

While student-organized and with no affiliation to the high school, the school district did allow the students to walk out and provided increased security through the police department.

The rally comes days after students in Central Florida organized a similar protest in support of the Second Amendment after they felt silenced when the movement to honor the Parkland shooting victims turned political.

Students walked onto the school’s track carrying the American flag and holding signs that read “guns don’t kill people, people kill people” and “I support the right to bear arms.”

Another student said he participated to show that not all students are for gun control.

“It’s all over the news right now that all students hate guns,” Zachary Schneider said. “I wanted to show that not all students feel that way.”

Nikolas Cruz opened fire at Marjory Stoneman Douglas High School in Parkland, Fla., on February 14, killing 17 and injuring another 17 people. Last month he was indicted on more than a dozen counts of murder.

In the weeks following the shooting, students across the country held a National Walkout Day, pushing for stricter gun laws.

Nearly two weeks ago, thousands of people across the country held the “March for Our Lives” rally sponsored by the survivors of the Parkland school shooting.