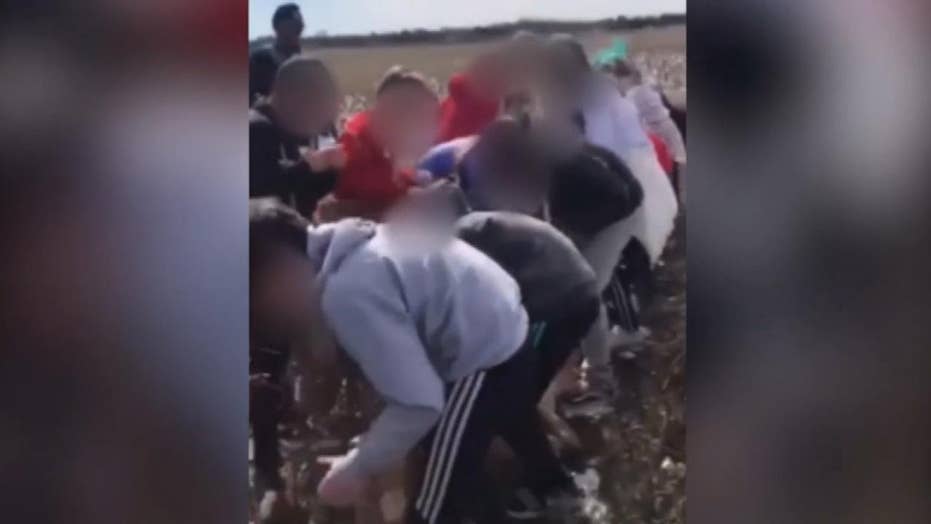 A South Carolina mother was outraged after her 10-year-old son was told to pick cotton and sing a “slave song” while on an elementary school field trip -- but the school defended the activity, saying it was about the "Great Depression."

Jessica Blanchard, whose child attends Ebenezer Avenue Elementary in Rock Hill, S.C., told FOX46 Charlotte she was “livid” to learn her son was told to pick cotton while on the field trip during Black History Month.

“I’m African American and my ancestors picked cotton,” she said. “Why would I want my son to pick cotton and think it’s fun?”

Blanchard’s son told FOX46 Charlotte he did not understand the words of the song.

The media outlet noted the permission slip for the field trip stated “cotton picking” but said the lesson was on the Great Depression -- not slavery.

"I support the Carroll School. I support everything else about it," Blanchard told FOX46. "But I don't understand, at the end, why do you make it a point to pick cotton and sing those songs? I think it's misguided, and maybe ignorance on their part."

But the school defended the trip and argued against it's claimed ties to slavery.

"The song that is sung by the students as they participate in picking cotton, as it was done in the Great Depression time period, was originally written by an African-American instructor who currently works with students at the Carroll School.  He did not intend it to sound like, or in any way be a 'slave song' as it has been characterized. The lyrics came from his experience as an African-American farmer picking cotton and making money for his family in the Great Depression time period.

"The school district is currently working with the parent and The Carroll School instructors to review the farming activity and any associated songs sung during the activity to make sure that it is understood that in no way is the activity or any singing tied to slavery or singing 'slave songs.'"

Blanchard said John Jones, the chief academic and accountability officer for Rock Hill Schools, called to apologize to her.