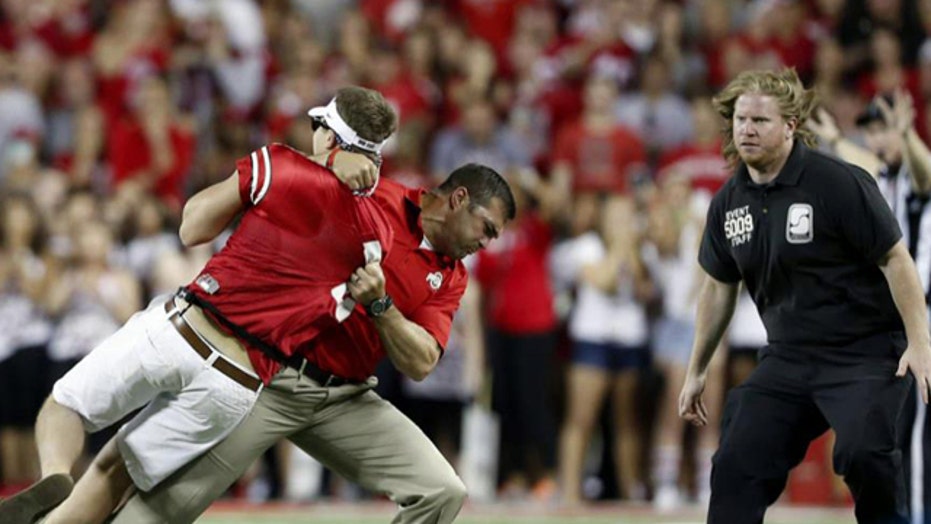 He's still got it

COLUMBUS, Ohio – A student who ran onto the field during an Ohio State football game and was body-slammed by a coach may not lose his scholarship.

The program covers tuition and housing for former golf caddies.

Wunder, a fourth-year engineering student, ran onto the Ohio Stadium turf last Saturday and was slammed to the ground by Ohio State assistant coach Anthony Schlegel. Video of the hit became a sensation on social media.

Wunder's attorney entered a not-guilty plea on his behalf to misdemeanor criminal trespassing.