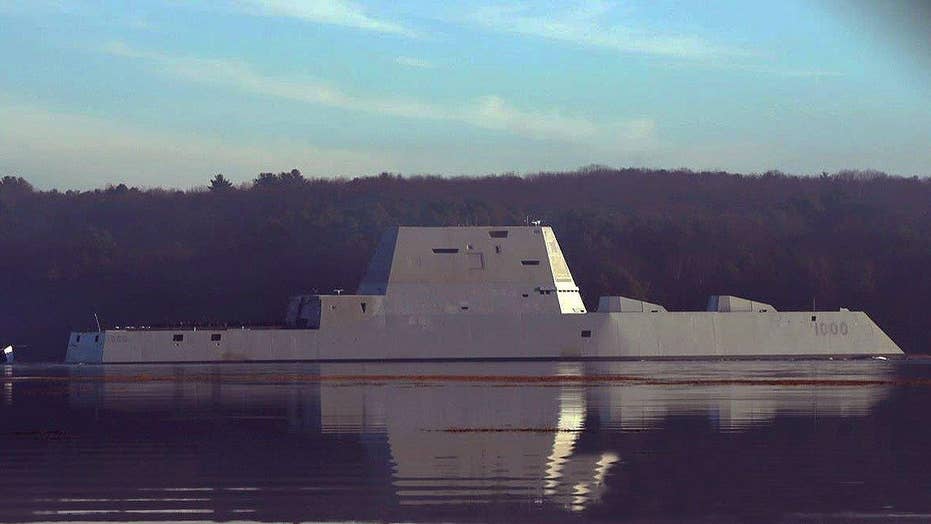 The stealthy Zumwalt destroyer has completed builder trials and is on track for the next milestone before delivery to the Navy -- acceptance trials and inspection starting next month, officials said Friday.

The 600-foot destroyer, the largest ever built for the U.S. Navy, spent three days in the rough North Atlantic before returning late Thursday afternoon to Bath Iron Works in Maine, where the Zumwalt and two sister ships are being built.

More than 200 defense contractor workers and Navy personnel participated in the outing aimed at ensuring everything is shipshape before delivery to the Navy.

Lt. Amber Lynn Daniel, a Navy spokeswoman, said the trial "served as a unique opportunity for the crew to train side-by-side with representatives from industry."

Propulsion, steering and auxiliary systems were checked in seas that ranged from 5 to 10 feet, and gusts up to 40 mph for part of the week, officials said.

The Zumwalt is the first in a class of three destroyers being built in Bath.

After the Navy takes delivery, there will be further assessments, including rough-weather tests to determine the ship's operating parameters. The ship is scheduled to be commissioned in October in Baltimore.