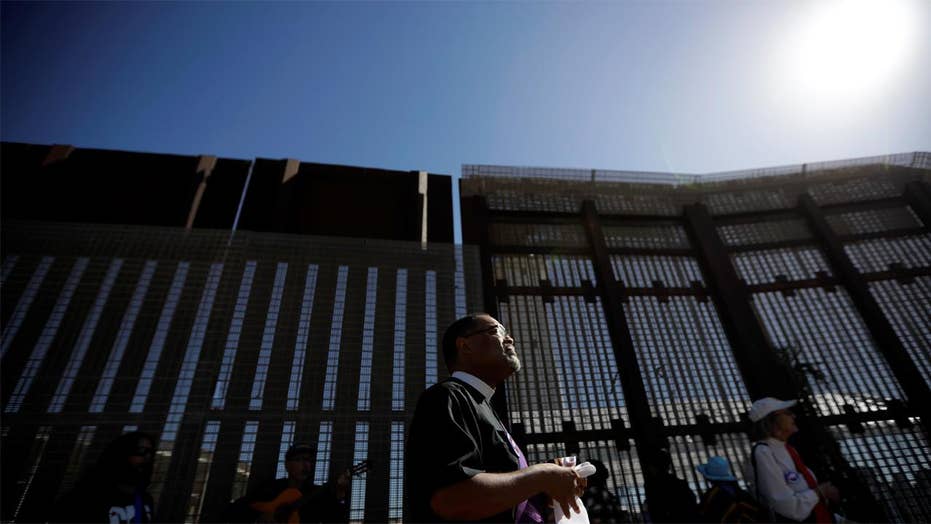 The Trump administration's promise to renegotiate NAFTA, along with tough talk about possible tariffs on Mexican imports to pay for a border wall, have sent alarm across states whose economies depend on cross-border trade.

No one disputes the massive overall trade deficit with Mexico, or the loss of American manufacturing jobs in particular. Earlier this year, industrial supplier Rexnord sent 300 Indiana jobs south of the border, where workers will make less than $3 an hour for jobs that paid more than $20 in the U.S.

But not every industry has suffered under NAFTA. "Mexico was actually the second largest export market for the beef industry last year by volume," rancher Kevin Ochsner points out. Like many of his neighbors in rural northeastern Colorado, Ochsner voted for President Trump last November.

"We like a lot of what he's doing from a regulatory standpoint and from a tax standpoint. But the fact of the matter is we represent the importance of trade...and I'm hopeful that he'll remember the faces of U.S. agriculture as he renegotiates."

American agriculture has been the biggest winner when it comes to trade with Mexico: $2.6 billion in U.S. corn alone went south of the border last year. In light of current tensions with the U.S., Mexico reportedly began talks last month with Argentina and Brazil to increase imports from those countries.

The American energy industry has also fared well in trade with Mexico according to Kathleen Sgamma, spokesperson with the Western Energy Alliance. "Here in the West we are sitting on natural gas because there's not enough of a market for it. So Mexico represents a new market for the United States," she said.

The U.S. became a net exporter of natural gas to Mexico in 2016 and plans are well underway for an $8 billion, 3,000-mile pipeline upgrade between the two countries that would greatly increase those exports. But Sgamma says the rhetoric coming from the Trump administration is not helpful.

"I think the immediate concern is tit for tat cross-border tariffs right now, and that would be definitely disadvantageous for both the United States and Mexico."

It is not an idle concern. In a speech before the Detroit Economic Club in March, Mexican Economy Minister Ildefonso Guajardo stated, "If I send a signal that tariffs are going to be for discussion, there will be lines from my office to the state of Puebla of people asking for protection. The pecan growers, 'Now we want tariffs.' The rice growers, 'We don't want American rice, let's put tariffs on this.'"

Stephanie Garnica is the Director of Business Development at the World Trade Center Denver. She says that while the idea of imposing tariffs may sound simple, in today's global economy it is actually anything but.

"I think it's a little premature for everybody to be pressing the panic button," cautions Robert Blaha, who headed then candidate Donald Trump's Colorado campaign. He says the president is approaching this negotiation as a businessman and not as a politician. Blaha says in business posturing and negotiating from a position of strength is standard procedure.

"We've tried political correctness, we've tried politicians and where are we? We've lost tens and hundreds of thousands of jobs because of the way NAFTA was negotiated. And if you're an American believing in American jobs and Americans being employed, a renegotiated NAFTA is a very good idea."

Even those uncomfortable with the current tensions between the U.S. and Mexico agree that the treaty could at least use some updating.

"NAFTA is a 23-year-old agreement," Guajardo acknowledged in the same speech in Detroit. "We need to bring it up to modernity. When we were negotiating NAFTA we didn't have cellphones. E-commerce didn't exist."

For negotiations to actually begin, the administration must first give Congress a 90-day notice. That notice has not taken place.