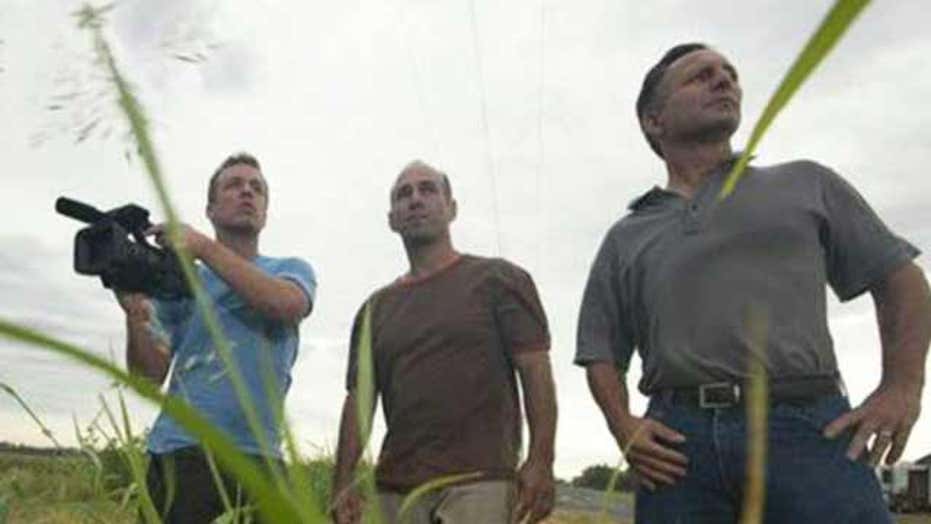 A star of the Discovery Channel show “Storm Chasers,” his son and a colleague have been identified as three of the 13 people killed after an outbreak of tornadoes struck the Oklahoma City area on Friday.

Tim Samaras, 55, died with his son Paul, 24, and friend Carl Young, 45, in Canadian County chasing down a tornado that wreaked havoc along Interstate 40, Fox 25 reports.

“We are deeply saddened by the loss of Tim Samaras his son Paul and their colleague Carl Young,” the Discovery Channel said in a statement to FOX411. “Our thoughts and prayers go out to their families.”

The channel added that it would be dedicating Sunday night's show on the tornadoes in their memory.

Meanwhile, residents in Oklahoma cleaned up after the deadly storms as searches continued for more victims.

Deputy Fire Chief Marc Woodard says the missing are from two different areas in Oklahoma City and that all were swept away by flood waters.

The state Medical Examiner's Office confirmed to Fox News that the death toll had risen to 13 from Friday's EF3 tornado, which charged down a clogged Interstate 40 in the western suburbs. Among the dead were two children -- an infant sucked out of the car with its mother and a 4-year-old boy who along with his family had sought shelter in a drainage ditch.

Tim Samaras is a 20-year veteran of storm chasing and founded the project TWISTEX (Tactical Weather Instrumented Sampling in Tornadoes Experiment), which gathers weather information by placing devices in the way of tornadoes, Fox 17 reports.

In 2004, Tim Samaras dropped a probe into the path of an EF-4 tornado, where it measured a 100 millibar pressure drop -- a record that still stands today, the Discovery Channel's website says.

Since 2003, Tim Samaras, meteorologist Carl Young and their team have tracked down more than 125 tornadoes, according to Young's biography on Discovery Channel's website.

"We were shocked and deeply saddened by the news that longtime National Geographic grantee Tim Samaras was killed," National Geographic Executive Vice President Terry Garcia said in a statement. "Tim was a courageous and brilliant scientist who fearlessly pursued tornadoes and lightning in the field in an effort to better understand these phenomena."

A total of five tornadoes swept through the Oklahoma City area on Friday, according to the Associated Press.