Police say a 26-year-old man was on a "violent crime spree" targeting multiple gas stations in St. Charles, Mo., early Saturday morning when a customer taking a bathroom break at a third station shot and killed him.

The St. Charles Police Department said they were already investigating an armed robbery at one gas station and a burglary at another when they received reports of shots fired at a third: a Quik Trip location roughly 22 miles outside St. Louis.

"Police Officers arrived to discover the suspect had been shot by a citizen during the armed robbery. The suspect was transported to a local hospital where he was pronounced deceased," St. Charles police said in a Facebook post.

Police said the citizen in question, a 26-year-old man from St. Louis, told them he stopped at the gas station to use the bathroom and purchase an item in the store. The man told cops that after he left to return to his car he saw a black SUV pull up in front of the store, with the suspect exiting and going into the store while holding a backpack. The man said he then observed the suspect drag a female employee to the front counter while holding a knife to her throat. 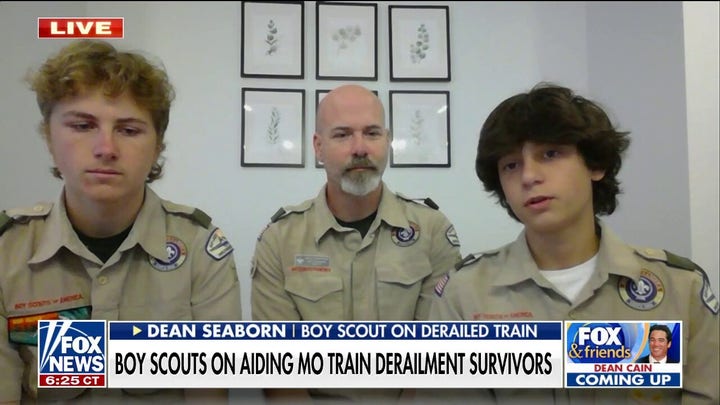 "The witness retrieved his 9mm handgun, entered the store, and confronted the suspect," police said. "The suspect grabbed his backpack and told the witness, ‘I have something for you.’ The suspect then comes from around the counter and approached the witness who fired several times at the suspect who fell to the floor."

The witness and the clerk both called 911. When police arrived, they noticed that the black SUV had been reported stolen on Friday. Inside the vehicle were items they believed had been stolen from the second gas station.

A black SUV had also been reported at the scene when the first gas station was robbed. During that robbery, the suspect was said to have held a knife to a clerk's throat while she emptied cash registers before he got in the vehicle and drove off.

Police did not release the suspect's identity, and said the investigation is ongoing.