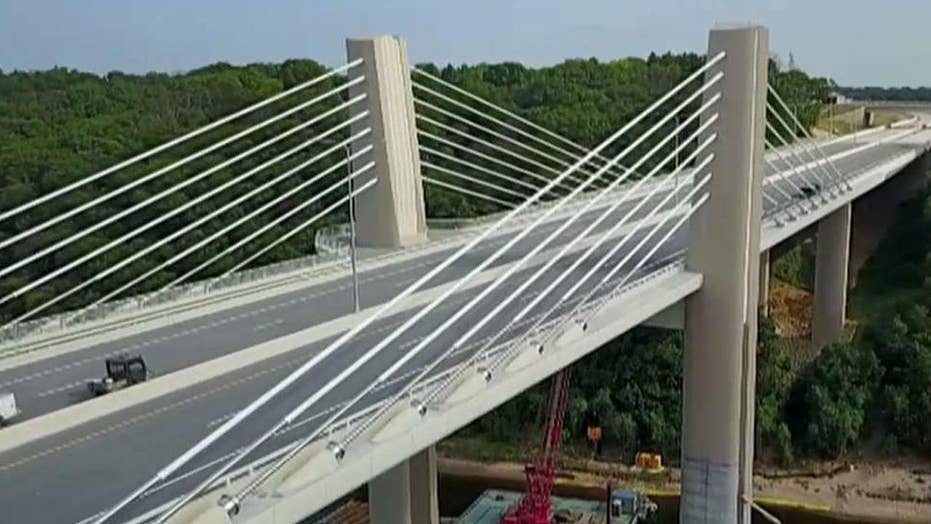 You've heard of the bridge to nowhere. For decades, this was the bridge that was going nowhere.

“Lack of funding was a big problem,” said Bill Rubin from the St. Croix Economic Development Corporation, a group that for years pushed for the completion of the St. Croix crossing connecting eastern Minnesota and western Wisconsin.

But Rubin said funding was just the beginning.

“Lack of cooperation between federal agencies and even, in some cases, state and local agencies,” he said. “Just the inability to sometimes get along.”

Experts on infrastructure say it's a miracle the nearly one-mile bridge was even built at all.

“Bridge projects, in particular, have some of the toughest times moving from blueprint to final construction,” Adie Tomer, a fellow at the Brookings Institution, recently told the Wall Street Journal.

William Berndt, who served on the committee that eventually approved St. Croix Crossing, said there were so many projects that need to get done it was difficult prioritizing.

“We've got a lot of need throughout the county,” he said. “A lot of functionally obsolete bridges.”

A recent federal study found there are more than 130,000 bridges in the U.S. that are functionally obsolete.

Still, it wasn't just the $650 million price tag that kept delaying St. Croix Crossing. The bridge was opposed by major political stalwarts, including former Vice President Walter Mondale, who called it a “dangerous precedent” of a unique river system.

Environmental groups, like the Sierra Club, also staged protests and filed lawsuits to prevent it from being built.

One major sticking point was that the St. Croix River, a tributary of the Mississippi River, was included in the Wild and Scenic Rivers Act, a 1968 federal law that limits development on 208 rivers in the U.S.

Any changes to the law require congressional approval.

The St. Croix Crossing needed a miracle – and it got one in the form of two female lawmakers on the opposite ends of the political spectrum.

“I had to get governors, senators, U.S. representatives, and majorities in the federal Congress to go along with the plans,” Bachman told Fox News via email, “as well as local units of government and state legislatures.”

Achieving that was not an easy task.

Klobuchar needed unanimous consent from all 100 U.S. senators in order to get the exemption to build the bridge. She personally convinced every one of them not to oppose it.

But there was one holdout: Sen. Tom Coburn, R-Okla.

Klobuchar ended up sending him a DVD of the 1957 Best Picture “Bridge Over the River Kwai,” a fictional tale about British and American POWS in World War II who were forced to build a bridge in Thailand to aid their Japanese captors.

“Democrats, Republicans, local, state, federal,” Rubin said. “At one point they decided to come together and lo and behold the project occurred.”