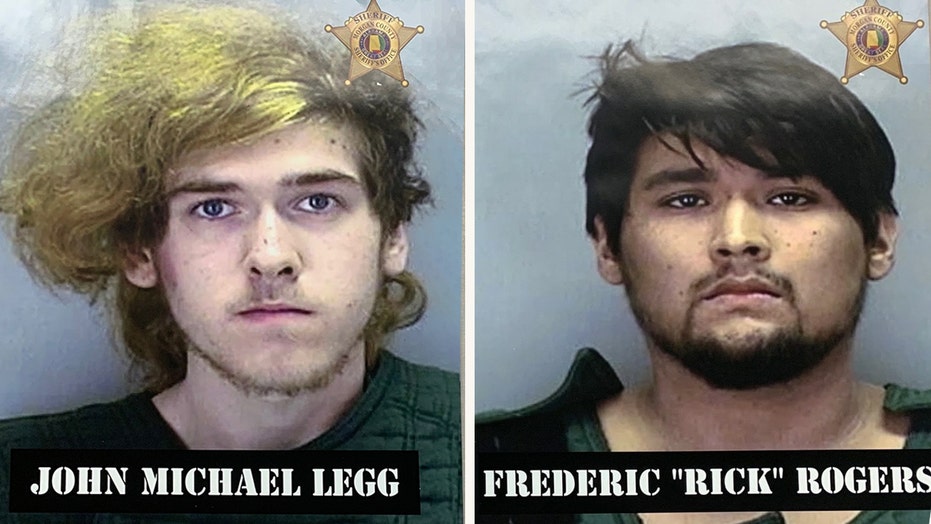 A split between members of a six-person club called the “Seven Deadly Sins” led to the shooting deaths of seven people this month in an Alabama home that was also set on fire, investigators said Monday.

The victims were found dead in a burning home in Valhermoso Springs, in Morgan County, on June 4 by deputies responding to a report of gunfire. Firefighters extinguished the flames.

He said deputies investigating the homicides developed information early on in the case that led them to Legg and Rogers.

They fled Alabama after the murders and drove to Oregon, where Rogers has relatives, the sheriff said.

“We believe based on the investigation that they were doing away with the club,” Puckett told a news conference Monday afternoon.

“This was probably one of the ways they were going to wipe the slate clean if you will," he added.

After the news conference deputies told reporters who were in attendance that those belonging to the Seven Deadly Sins were involved in illicit activity, “crimes of some sort, money of some sort, drugs of some sort.”

It was Muzzey’s home where the murders took place.

Puckett said Roberts, Benford and Jones were the ones who belonged to the Seven Deadly Sins with Legg and Rogers and a sixth person.

The sheriff called the killings “horrible and cold-blooded.”