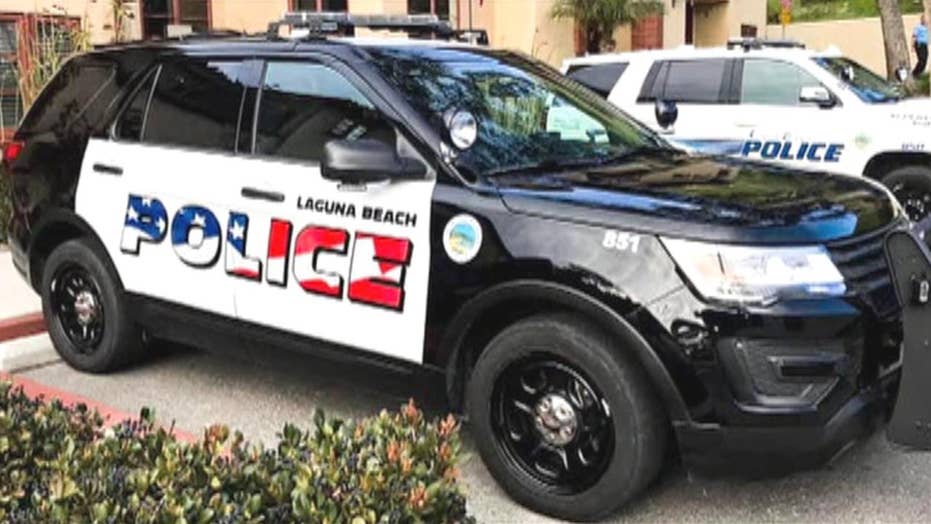 A Southern California coastal city voted Tuesday to keep the American flag on its police cars despite some residents’ objections that it might offend immigrants.

The Laguna Beach City Council voted Tuesday night to retain a new logo for its 11 police vehicles that uses stars and stripes running through the word "police" on the doors.

Some in the small community thought the flashy red, white and blue decal was too aggressive and flashy while others were surprised that anyone would object to the American flag. The council considered whether to keep the design or choose another.

In a crowded council chamber on Tuesday, virtually everyone in the room raised their hand when asked if they supported the design, video shows. When a lonely hand dissented, the crowd could be heard chuckling.

Before the meeting, Mayor Pro Tem Steve Dicterow told the Los Angeles Times the council was simply facing "a very narrow decision" about the brightness of the colors, but that the issue had devolved into a broader national conversation about patriotism.

He said he has received hundreds of emails from people around the country, mostly in support of keeping the flag designs on the car.

"Clearly, the way it looks on the car is not what anyone expected it to look like," Dicterow said. "I think it's reasonable that we're going to look at it again so that whatever we (approve) is exactly what we put on the car."