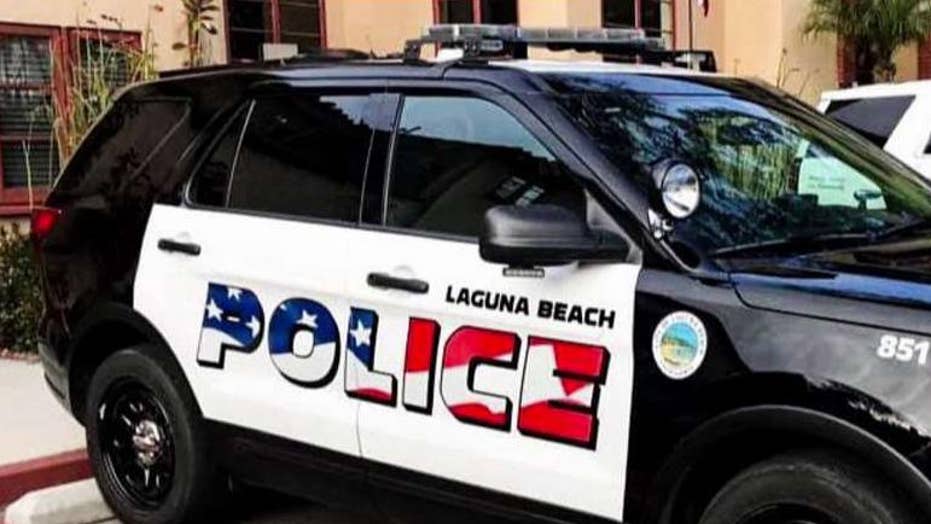 A Southern California police department is drawing both praise and ire for the new star-spangled logo on the sides of its patrol vehicles, according to reports.

The Laguna Beach Police Department in Orange County recently added American-flag-style lettering for the word "police" on the sides of the vehicles, the Los Angeles Times reported Saturday.

But local artist Carrie Woodburn told the Times the design was too “aggressive,” saying she felt it didn’t represent the community. Laguna Beach is a city of about 23,000 residents, about 50 miles southeast of Los Angeles.

"Folks thought it was a SWAT team, federal agents," designer Chris Prelitz observed. "So it had a very striking, strong impact, so much so that I think there might be some unintended consequences.”

Councilman Peter Blake was surprised by the backlash. He told the newspaper some people were concerned the design might worry the area's immigrants.

“People are actually ridiculous enough to bring up comments about our cop cars having American flags on them,” he said.

“People are actually ridiculous enough to bring up comments about our cop cars having American flags on them.”

Attorney Jennifer Welsh Zeiter said she thought the police cars were “exceptional” and suggested that the opposition might have a political motive. She said some people are so filled with hate toward President Trump “that they cannot see through their current biases to realize that a police vehicle with the American flag is the ultimate American expression.”

Laguna Beach Police Cpl. Ryan Hotchkiss said he’s heard nothing but positive comments about the new design. The department's vehicles were previously all white but are now primarily black, with the patriotic lettering on white doors.

The department did acknowledge the design didn’t come out exactly as planned and the city council said it would take up the issue again at their monthly meeting Tuesday.